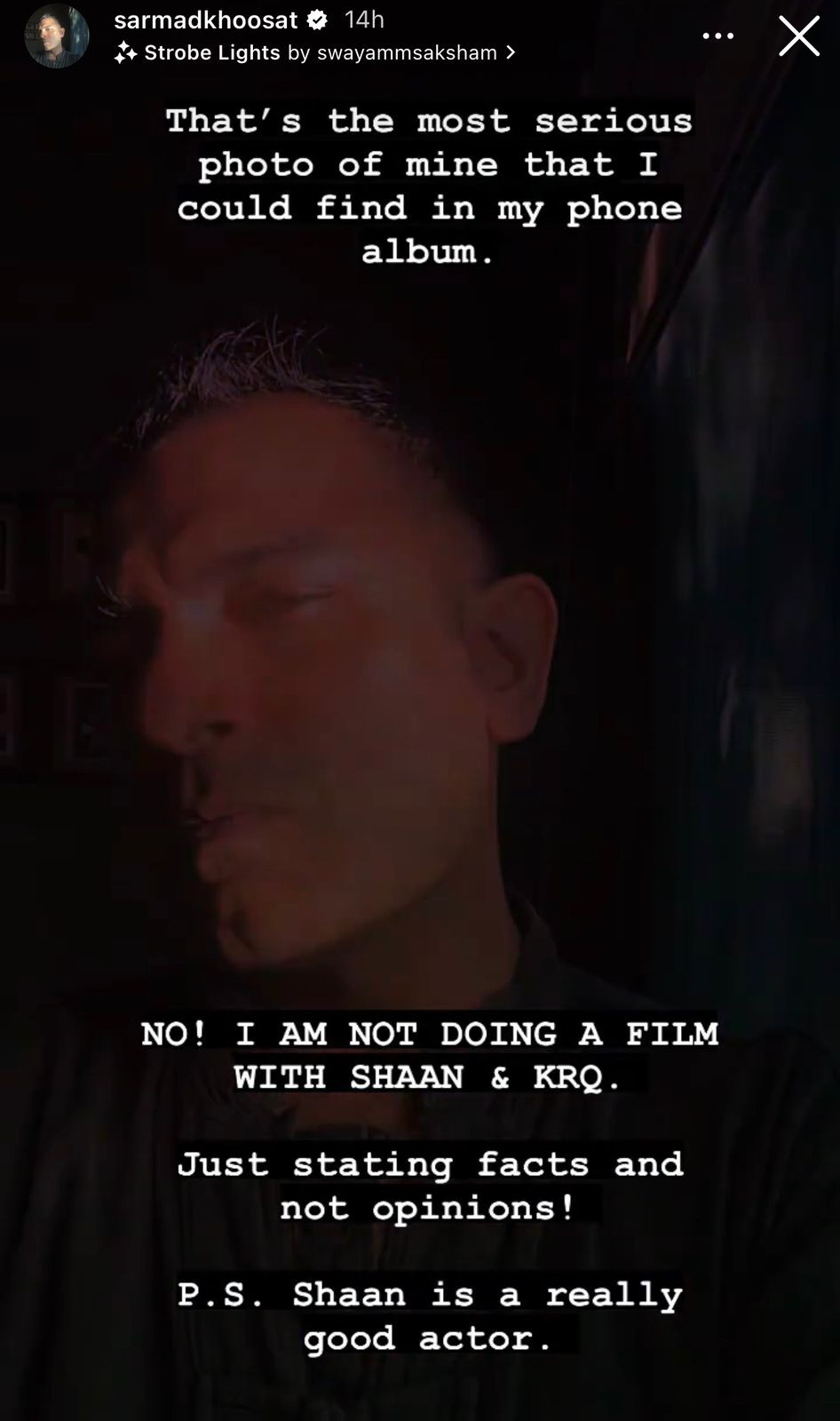 Not working together for a project, confirm Khoosat and KRQ


Earlier this week, rumours of actor Shaan Shahid and filmmaker Sarmad Khoosat uniting forces for an upcoming untitled film written by Meray Paas Tum Ho author Khalilur Rehman Qamar made their way to the news. However, Khoosat and Qamar have both cleared the air and shunned all collaboration reports.

News of the bigwigs working together had spread like wildfire on social media with people contemplating what genre the film would belong to, given the different streams of projects the three have previously worked on.

Reacting to it, the London Nahi Jaunga writer took to his Twitter and wrote, “I have just seen a piece of rumoured news from some YouTube channel claiming I have joined Shaan and Sarmad Khoosat for a film project. No, it’s not true.”

Khoosat also immediately shunned the news. Posting his “most serious photo” on Instagram, he captioned the story, “No! I am not doing a film with Shaan and KRQ. I’m just stating facts and not opinions.” He ended the note with praise for the Waar actor. “PS Shaan is a really good actor.”

Shahid hasn’t commented on the matter to deny it but there has been no confirmation from his end either.

On the work front, Shahid’s long-delayed film Zarrar is all set for a premiere on November 25. The action thriller stars the debut director and actor Kiran Malik in titular roles with Kiran Malik, Nadeem Baig, Nayyer Ejaz and Shafqat Cheema in supporting roles.

While Khoosat’s Saba Qamar starrer-Kamli and Qamar’s Humayun Saeed and Mehwish Hayat starrer-London Nai Jaunga were released earlier this year breaking records at the box office. Khoosat has also worked as a producer for the Cannes winner Joyland which will be released on November 18.

I’m waiting for the one that feels like home: Mehwish

‘Tich Button makers did not cut scenes based on preferences’

Stories that need to be told