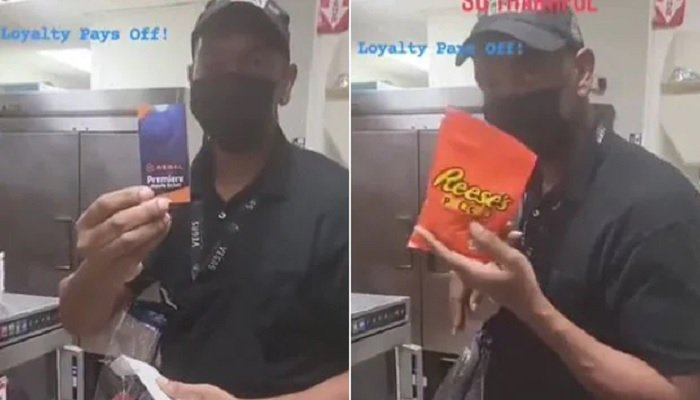 Netizens raise $200,000 for employee for loyal 27-year service at restaurant

Social media users raised $200,000 for an employee of a famous fast-food restaurant after he received only a goodie bag for 27 years of completion of service at the place, reported NDTV.

The story of the employee, Kevin Ford, went viral on social media after netizens got angry at the restaurant for giving him just a small goodie bag for years of service.

While Ford was happy with what he had received, social media users were motivated to raise money for his “loyal” service.

The goodie bag included some mints, chocolates, juice, and a movie ticket.

In the description, she explained how her father did not miss a day of work during his years of service.

“He originally began working at this job as a single father when he gained custody of me and my older sister 27 years ago. Then as our family grew and he remarried, he continue to work here because of the amazing health insurance,” the description read.