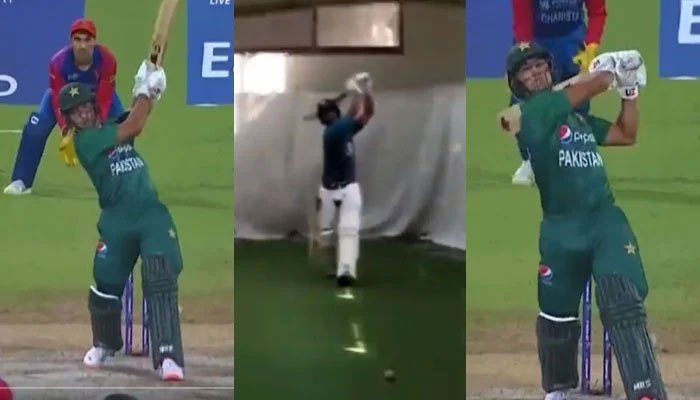 The video has gone viral soon after it was shared on social media.

Naseem Shah hit sixes in the match against Afghanistan just like the shots he had practised during net practice.

Muhammad Yousaf wrote in his message along with the video that ‘Practice makes things perfect and easier, well done Naseem Shah and congratulation boys’.