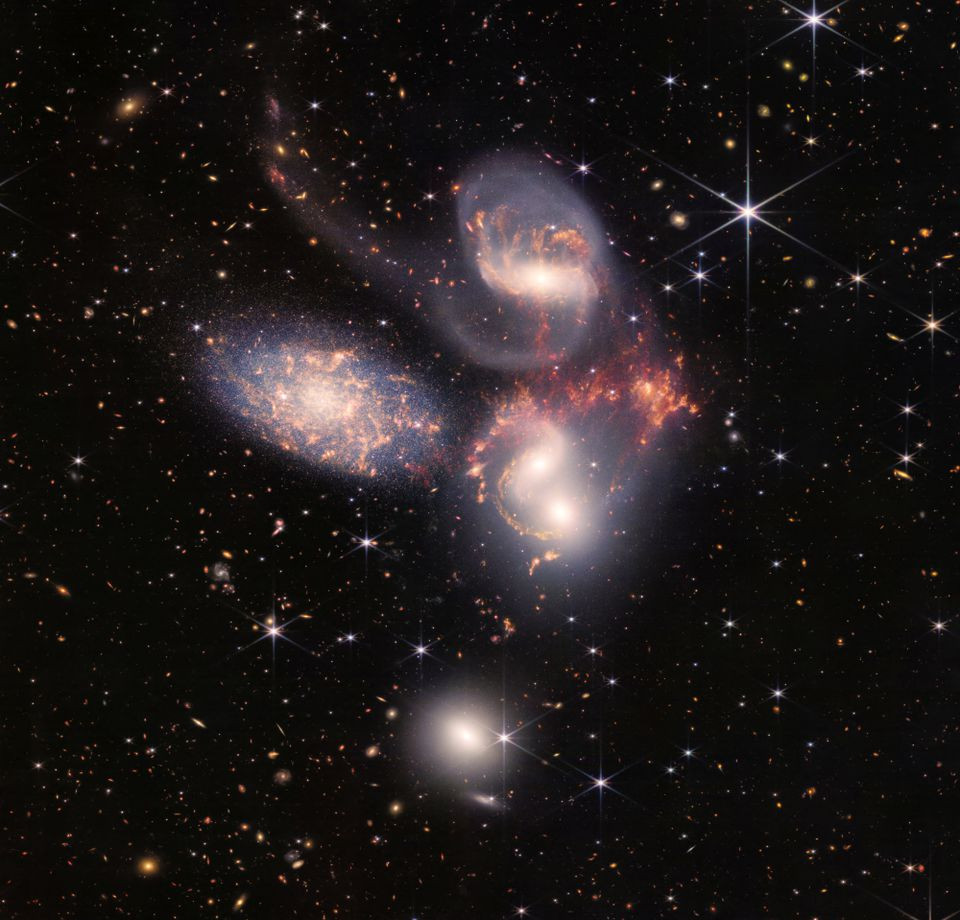 
Following a US presidential sneak peek of a galaxy-studded photo from the deep cosmos, NASA officials on Tuesday drew back the curtain to a larger display of luminous images captured by the largest and most powerful observatory ever launched to space.

The first full-colour, high-resolution pictures from the James Webb Space Telescope, designed to peer farther than before with greater clarity to the dawn of the universe, were hailed by NASA as milestone marking a new era of astronomical exploration.

Nearly two decades in the making and built under contract for NASA by aerospace giant Northrop Grumman Corp , the $9 billion infrared telescope was launched on Dec. 25, 2021. It reached its destination in solar orbit nearly 1 million miles from Earth a month later.

With Webb now finely tuned after months spent remotely aligning its mirrors and calibrating its instruments, scientists will embark on a competitively selected agenda exploring the evolution of galaxies, life cycle of stars, atmospheres of distant exoplanets, and moons of our outer solar system.

Whoops and hollers from a sprightly “cheer team” welcomed some 300 scientists, telescope engineers, politicians and senior officials from NASA and its international partners into a packed and lively auditorium at the agency’s Goddard Space Flight Center in Maryland for the big reveal.

“I didn’t know I was coming to a pep rally today,” NASA Administrator James Nelson said from the stage, enthusing that Webb’s “every image is a discovery.” 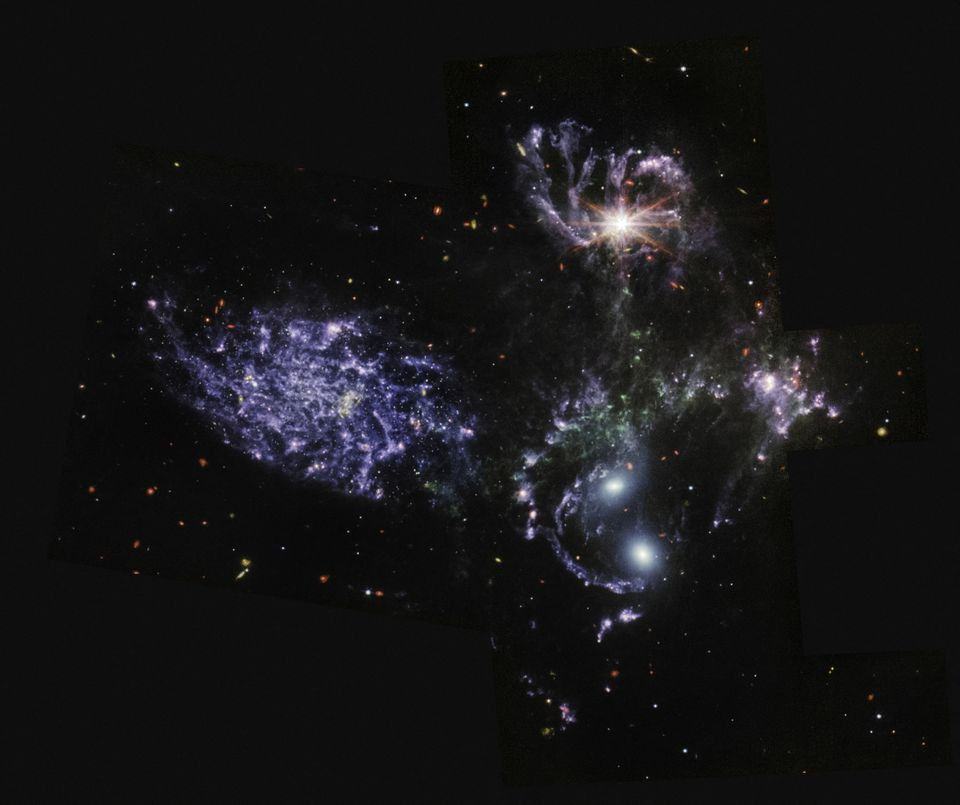 The event was simultaneously broadcast to watch parties of astronomy enthusiasts around the world, from Bhopal, India, to Vancouver, British Columbia.

The first batch of photos, which took weeks to render from raw data collected by Webb, were selected by NASA to show off the telescope’s capabilities and foreshadow the science missions ahead.

The crowning debut image, previewed on Monday by US President Biden at the White House but displayed with greater fanfare on Tuesday, was a “deep field” photo of a distant galaxy cluster, SMACS 0723, revealing the most detailed glimpse of the early universe recorded to date.

Among the four other Webb subjects getting their closeups on Tuesday were two enormous clouds of gas and dust blasted into space by stellar explosions to form incubators for new stars – the Carina Nebula and the Southern Ring Nebula, each thousands of light years away from Earth.

The collection also included fresh images of another galaxy cluster known as Stephan’s Quintet, first discovered in 1877, which encompasses several galaxies NASA described as “locked in a cosmic dance of repeated close encounters.”

Apart from the imagery, NASA presented Webb’s first spectrographic analysis of a Jupiter-sized exoplanet more than 1,100 light years away – revealing the molecular signatures of filtered light passing through its atmosphere, including the presence of water vapour.

Built to view its subjects chiefly in the infrared spectrum, Webb is about 100 times more sensitive than its 30-year-old predecessor, the Hubble Space Telescope, which operates mainly at optical and ultraviolet wavelengths.

The much larger light-collecting surface of Webb’s primary mirror – an array of 18 hexagonal segments of gold-coated beryllium metal – enables it to observe objects at greater distances, thus further back in time, than any other telescope. Its infrared optics allows Webb’s observations to penetrate clouds of dust and gas that obscure light in the visible spectrum.

All five of Webb’s introductory targets were previously known to scientists, but NASA officials said Webb’s imagery captures its subjects in an entirely new light, literally.

The mid-infrared image of Southern Ring Nebula, for instance, clearly showed that the dying stellar object at its center was a binary system, or pair of stars closely orbiting one another. The new photos of the Carina Nebula exposed contours of its massive gas clouds that had never been seen before.

The SMACS 0723 image Biden first released on Monday showed a 4.6 billion-year-old galaxy cluster whose combined mass acts as a “gravitational lens,” distorting space to greatly magnify the light coming from more distant galaxies behind it.

At least one of the faint, older galaxies appearing in the “background” of the photo – a composite of images of different wavelengths of light – dates back about 13.1 billion years.

That makes it less than 800 million years younger than the Big Bang, the theoretical flashpoint that set the expansion of the known universe in motion some 13.8 billion years ago.

The bejewelled-like composite photo, according to NASA, offers the “most detailed view of the early universe” as well as the “deepest and sharpest infrared image of the distant cosmos” yet taken.

Underscoring the vastness of the cosmos, the thousands of galaxies appearing in the SMACS 0723 image were captured in a tiny patch of the sky roughly the size of a grain of sand held at arm’s length by someone standing on Earth, NASA said.

The Webb telescope is an international collaboration led by NASA in partnership with the European and Canadian space agencies.

How does end-to-end encryption work?

This algorithm can predict crimes before they happen