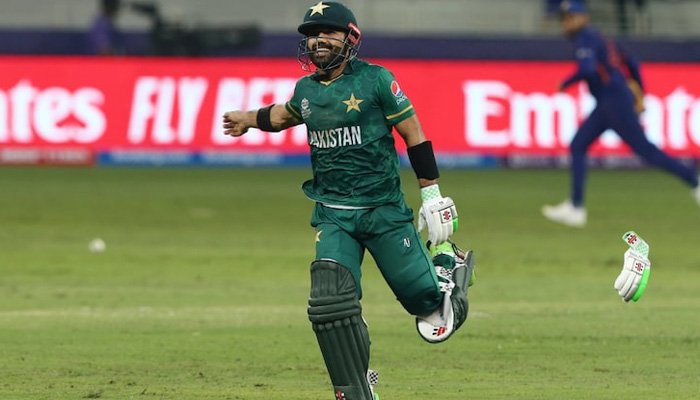 
Pakistan’s Mohammad Rizwan finally broke his captain’s over 1,000-day streak of staying at the top of the T20I ranking when he dethroned him on Wednesday.

In the latest rankings released on the ICC’s website, Rizwan has gained 815 points, up 19 points, after his undeterred performance in the ongoing Asia Cup in the United Arab Emirates.

Rizwan is the top run-scorer in the Asia Cup so far with 192 runs, including two fifties in three matches. The Pakistan opener hit fifties against Hong Kong and India, and also made 43 in the first game against India in the tournament.

Babar — who is now a number below Rizwan — had been holding the number 1 spot for 1,155 days in his career (as of 7 September), but his long-lasting reign ended after an ordinary streak of scores during the Asia Cup.

South Africa’s Aiden Markram has jumped to number three with 775 points and India’s Suryakumar Yadav — who had chances of becoming the top batter, but could not perform unlike Rizwan — is now placed fourth.

To keep his place intact, Rizwan will need to keep performing, as Pakistan face some crucial matches ahead to ensure their place in the final of the tournament.