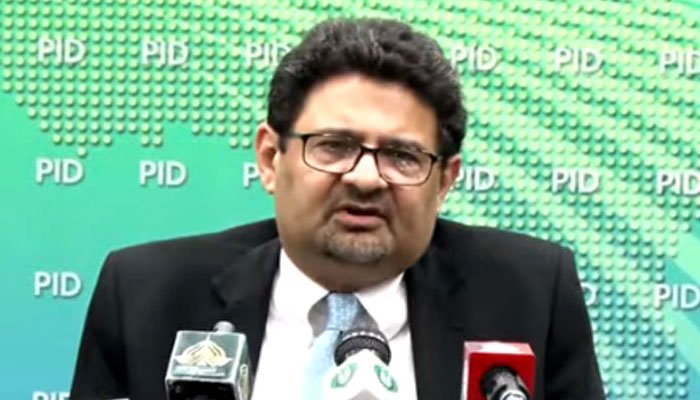 Miftah says situation will return to normality in next few days

ISLAMABAD: As the rupee continued its downward spiral unabated against the US dollar and hit the 226 mark on Wednesday, finance minister Miftah Ismail said the situation will move towards normality after improvement in the political situation in the next few days.

Addressing a press conference in Islamabad, Miftah Ismail said the dollar has appreciated against other currencies of the world as well. He, however, said the recent dip of the rupee against the dollar was due to the political situation in the country, Radio Pakistan reported.

Highlighting his government’s achievements, the finance minister said that the trade fundamentals have been corrected as a result of measures taken over the last few months.

He maintained that there has been reduction in imports during this period, adding that this has helped create a balance between imports and exports and remittances.

The minister pointed out that the trade deficit was $48 billion and the current account deficit stood at $17bn during the last fiscal year, which, he stressed, the country cannot afford.

Miftah said an agreement has been signed with the International Monetary Fund (IMF), categorically stating that the government will implement it. He said the World Bank and the Asian Development Bank have also opened their financing for Pakistan following the agreement.

He said some friendly countries have also assured they will help Pakistan meet its financing gap. Giving details of the assistance, he said one friendly country has pledged to provide oil worth $1.2bn on deferred payment. He said another has expressed interest to invest in the Pakistan stock market whilst another has shown interest to provide gas worth $2.4bn to Pakistan on deferred payment.

Miftah said one friendly country will deposit $2bn with State Bank of Pakistan whilst another will provide two billion SDRs.

He said the economy is on the right trajectory, adding that there has been improvement in tax collection.

“We will enhance tax to GDP ratio and reduce the budget deficit during the current fiscal year,” said the finance minister.

He was confident that the issue of inflation will also be tackled in the next two to three months.