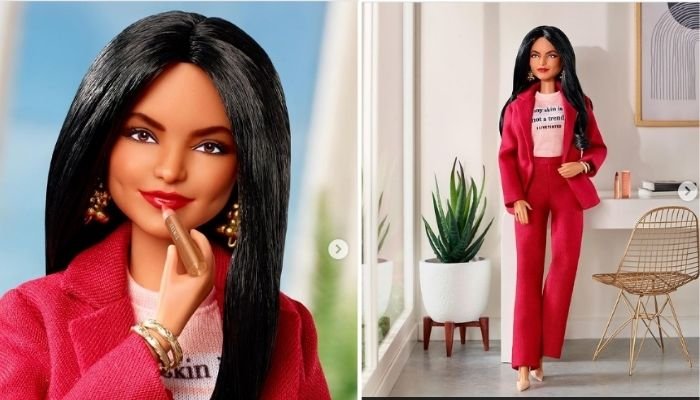 While many girls in South Asia play with Barbie dolls, with its Caucasian features, it is no where close to what South Asian girls look like.

Mattel, the company that makes Barbie, released its black and Hispanic dolls in 1980, reported NDTV.

Finally, the company has now introduced an Indian Barbie in collaboration with YouTuber Deepica Mutyala.

Mutyala shared an image of the Indian Barbie wearing traditional jhumkas (earrings) and bangles, on her Instagram, explaining the idea behind it.

“Meet 2022’s Barbie. Her skin is tined, her eyes big, and brows bold. She wears her jhumkas and bangles proudly with her power suit. She is ready to take on the world,” read Mutyala’s post.

Mutyala said that it was vital for young girls to see a “South Asian American Barbie” being “unapologetically herself”.

“Although this doll isn’t for sale (yet), I’m grateful this visual representation exists…” she said.

Social media users fell in love with the concept and many called it a “dream come true”.