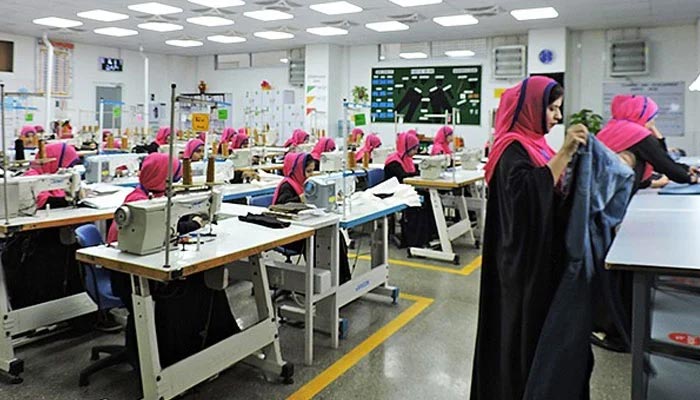 
KARACHI: Following allegations regarding an alleged rape incident inside its premises, Artistic Milliners — a garment factory in Karachi  — denied all allegations against the company on Wednesday.

According to a statement, criminals “misused social media to disseminate a malicious campaign against the company.”

The statement read that the company is one of the top denim exporting companies with thousands of employees working on its premises. The company also plays a major role in the country’s economy.

It further read that the company takes action against physical and mental harassment while adhering to international standards. Following the rape allegations on social media, Sindh’s Directorate General (DG) of Labour and Korangi’s Senior Superintendent of Police (SSP) investigated the case. However, they neither received any confirmation nor found any evidence regarding the allegations.

Artistic Milliners’ statement mentioned that the company “strongly condemns and denies the allegations placed against them.” They have demanded law enforcement agencies apprehend groups involved in disseminating fake news against the factory.

Earlier today, police termed reports circulating on social media about the alleged gang-rape and gruesome murder of a woman in a textile factory in the Korangi area of Karachi “fabricated” and “baseless”.

In the “fake” stories, the incident is being made to go viral by linking it to a leading denim fabric and apparel manufacturing factory in Korangi, he added.

The police officer said that “no such incident occurred in any factory in the area”.

The Korangi Association of Trade and Industry also expressed deep concerns over the allegations against the reputed company.

“We reiterate that M/S Artistic Milliners (Pvt) Ltd is a very old and valued member of KATI. It is one of the largest exporters of Pakistan earning precious foreign exchange for Pakistan and enjoying an excellent repute among industries,” read the statement.

It warned that they are taking up the matter with the concerned police department so that the culprit who is defaming the reputable company is brought to justice.