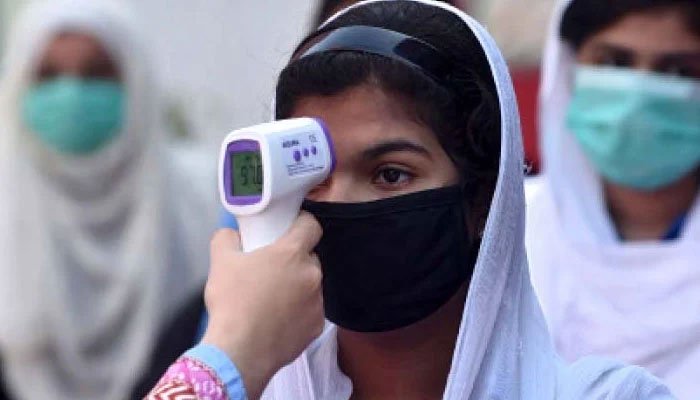 KARACHI: With a 39.46% positivity ratio, Karachi has become the worst affected part of the country by the fresh spread of COVID-19, it emerged on Tuesday.

As per the latest statistics issued by the Sindh health department, 161 new infections were detected in the port city during the last 24 hours after 408 diagnostic tests were conducted.

The city-wise breakdown of the positivity rate showed that Karachi is at the top with a 39.46% positivity rate, followed by Islamabad with 7.69%. Meanwhile, Hyderabad ranked third with 5.17% on the list of the cities most affected by the pathogen.

The daily positivity rate of COVID-19 cases in the country reached 5.46% during the past 24 hours, the highest in a single day in almost five months, according to the data shared by the National Institute of Health (NIH) today.

The last time the country recorded such a high positivity ratio — 5.55% — was on February 17. The number of deaths stood at 40 at the time.

As per the latest stats, during the last 24 hours, 4,674 diagnostic tests were conducted across the country out of which 255 came back positive.

The condition of 141 COVID-19 patients, according to the NIH, is critical and they are being treated in intensive care units (ICU) at different medical facilities.

Per the NIH data, only one COVID-related death was reported in the country during the last 24 hours, taking the death toll to 30,424.

Experts blame two sub-variants of the Omicron variant, namely BA.4 and BA.5, for the rise in COVID-19 cases in Pakistan, saying that they have escape mutations that are giving them an edge.

They say the sub-variants have also been infecting people who are already vaccinated or have already been infected with COVD-19, but no evidence is available to show if they are causing any severe disease among the vaccinated people.