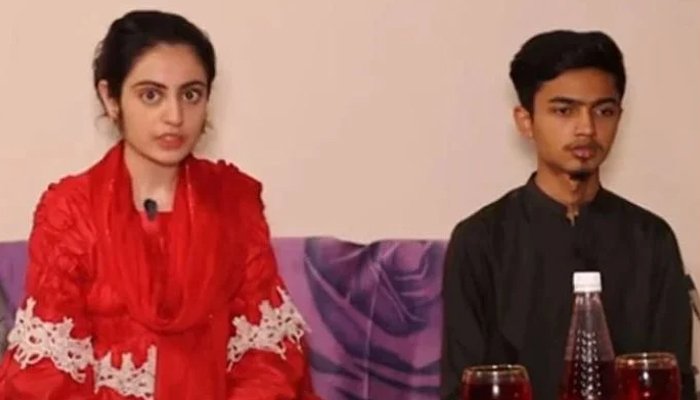 It may be noted that an ossification test has already been carried out on Zahra as per SHC’s order which revealed that the girl is between 16 to 17 years of age, with a confirmation by radiologist Dr Saba Jamil.

Zahra had made headlines across the country after she had mysteriously disappeared from Karachi in April but later declared that she had run away from her home to marry 21-year-old Zaheer Ahmed.

In today’s hearing, the police submitted a challan and requested the case be classified as “C Class” in light of no evidence being found.

Police typically request the court to have a first information report (FIR) listed as “C Class” in matters when a criminal case is filed due to a mistake of fact or if the offence complained about is civil in nature.

But the petitioner’s lawyer Jibran Nasir protested, saying the case needed more probing as the police had just relied on two things — the statement Zahra gave and her age being 17.

In light of the statements, the court accepted the argument that the case needed further investigation and asked the authorities to redo the ossification test to determine the actual age of the girl.

In a challan submitted to judicial magistrate East earlier this month, the police said no evidence of Dua Zahra’s kidnapping was found and that the Karachi girl went to Punjab on her own and tied the knot.

However, her parents are adamant that the girl did not marry of her own free will and was forced into marriage.