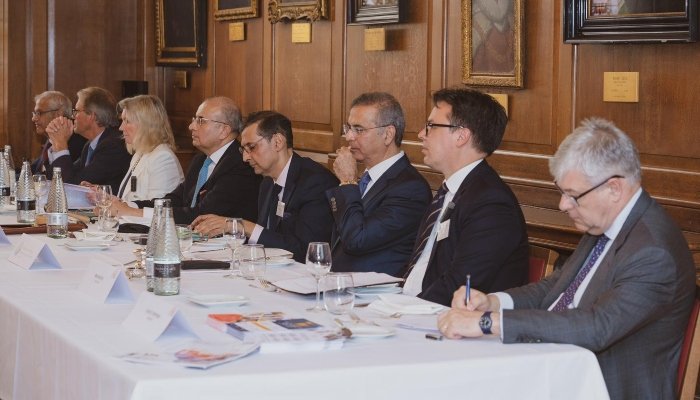 The Supreme Court of Pakistan’s judge was speaking alongside Lahore High Court’s (LHC) Justice Jawaad Hassan at the Honourable Society of Gray’s Inn on, “The role of the judiciary in promoting investor confidence through ADR in Pakistan”, organised by the Pakistan branch of the Chartered Institute of Arbitrators (CIArb).

Justice Mansoor said that due to the lack of ADR, Pakistan has suffered enormously at many levels, adding that Pakistan’s superior courts have a backlog of around 2.2 million cases and there are only about 4,000 judges to deal with these cases.

He said: “It is imperative to develop an alternative system. We need to move toward a smart and time-effective system of dispute resolution. ADR is crucial for growth, development and investment and to strengthen national institutions.”

Justice Mansoor said that it’s a fact that judges and lawyers struggled to grasp the ADR rules and need more training and knowledge to understand this very important area which has gained importance internationally in various jurisdictions.

He said: “Pakistan has to develop its own commercial centres. It’s about time we mainstream arbitration and mediation. We are turning out lawyers of adversarial mindsets; we need lawyers who are of a pro-settlement mindset, it cannot be about the disputes all the time. We need to think about moving ahead, we need to have the most advanced version of meditation and arbitration, and we need to have and adopt arbitration of international standards. We set up ADR courts in Punjab and we showed that another world is possible. It is imperative to develop an alternative system.”

Justice Hassan said that London’s arbitration courts were seen as a successful model across the world because the courts encouraged the resolution of disputes outside of the courts to save time, money and effort. He said foreign nationals and foreign cases were making their way to London because there was no interference of the executive in the legal jurisprudence.

Justice Hassan said international investors need guarantees and trust that their investments will be safe and ADR and commercial courts for overseas Pakistanis provide solutions that will be instant and just.

He said that the first arbitration was carried out by Hazrat Muhammad (PBUH) and he was the most trusted and noble person in the field of arbitration.

Joining the London conference online, Federal Law Minister Azam Nazeer Tarar said the current coalition government was open to all kinds of assistance to the judiciary to take forward the reform agenda and enhance the capacity of arbitration courts.

He said: “We will not only be amending the law if need be but will also provide other logistical support too.”

Moazzam, Pakistan’s High Commissioner to the UK, said that the foreign office is working on improving these relationships and extending its offer of support.

Nasir Khan MBE provided a briefing to the international audience on Pakistan’s first construction dispute report. He explained the objectives of this report were to understand and identify the root causes and analysis of key factors disrupting Pakistan’s construction industry; to support and identify appropriate strategies to mitigate and avoid disputes; and to pave the way for appropriate legislation governing the construction industry and ADR mechanisms.