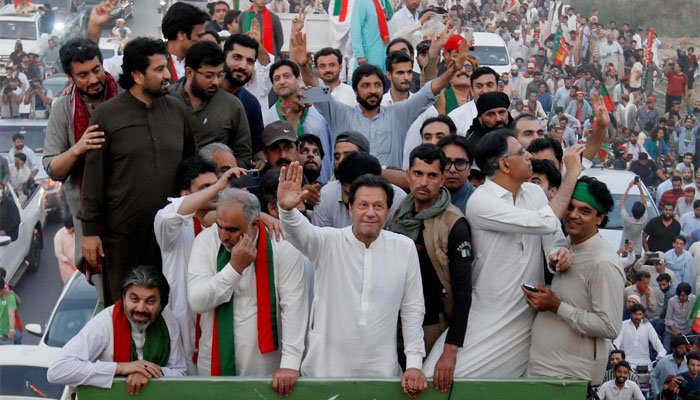 
A district and sessions court in Islamabad on Wednesday extended the bails of PTI Chairman Imran Khan and other party leaders in a case pertaining to the violation of Section 144 in Islamabad.

Imran Khan’s lawyer Babar Awan appeared before the court at the outset of the hearing. He was joined by co-accused PTI leaders Saifullah Niazi, Sadaqat Abbasi, Shehzad Waseem and Faisal Javed Khan.

An FIR was lodged against the former premier on August 24 after he announced nationwide rallies to show solidarity with his chief of staff, Shahbaz Gill, over the claim that his party leader faced “sexual abuse” during detention in a sedition case.

Sheikh Rasheed is also among the 17 people named in the FIR.

The FIR states that Imran Khan along with the party leaders violated Section 144. PTI leaders and their almost 1,000 supporters blocked the road at Imran Khan’s behest, says the FIR.

Imran Khan and other PTI leaders used loudspeakers as well, it added.