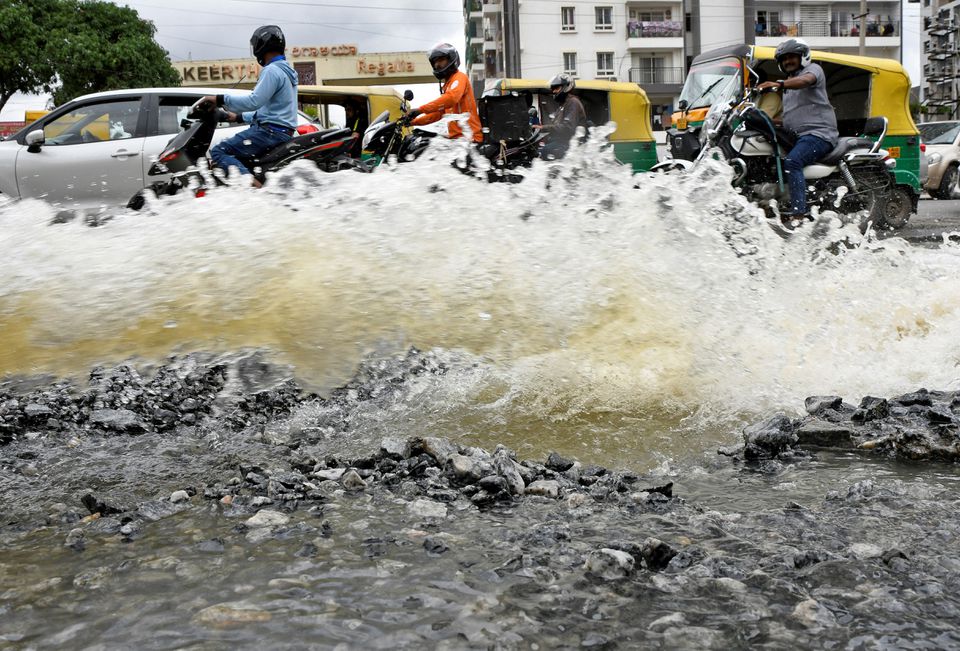 
BENGALURU: India’s technology hub of Bengaluru was gearing up for more heavy rain on Wednesday after a brief respite from severe flooding, as authorities stepped up efforts to evacuate people and pump water out of inundated areas.

India’s “Silicon Valley” is facing an unusually wet monsoon, which has brought 162% more rainfall than average since June 1. Floods after two days of incessant rain this week brought chaos and killed at least one person.

While flooded roads had cleared in the worst hit areas early on Wednesday, the situation was likely to turn grim again with heavy rain expected later in the day.

“We have issued a red alert for the region. Some pockets may get more than 20 mm of rainfall in an hour,” a senior India Meteorological Department (IMD) official said.

The Bangalore Urban district on Tuesday received 43.1 mm of rain, 585% more than average, according to IMD data.

E-commerce delivery firm Dunzo said it had stopped deliveries in flooded areas and was using trucks to deliver essentials where it could.

The chaos over the past few days has raised questions over poor urban planning as the fast-growing city expanded over the years, and on climate change, which has also been blamed for disastrous floods in neighbouring Pakistan.

The city administration has identified more than 50 areas in Bengaluru that have been encroached upon by high-end villas and apartments.

“Infrastructure continues to be a problem and who do we hold accountable for this situation — the builders who did not account for all of these problems, or the city administration, given the poor lake connectivity and sewage system?” said Garima Sehra, a resident forced to leave her home on Tuesday when her housing complex was flooded.

“We don’t think we can go back for at least a week.”

— Banner photo by Reuters where people use Coracle boats to move through a water-logged neighbourhood following torrential rains in Bengaluru, India, on September 7, 2022.