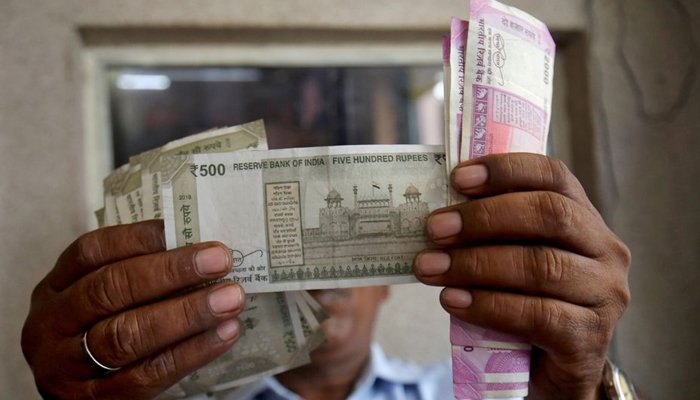 MUMBAI: The Indian rupee hit record lows against the US currency on Tuesday after higher oil prices raised concerns of sustained inflation, although intermittent dollar selling by the central bank helped limit losses.

India imports more than two-thirds of its oil requirements, and higher crude prices add to the country’s trade and current account deficits (CAD) and hurt the rupee by pushing up imported inflation.

“With crude rising yet again, we could see rupee head towards 79-79.50 levels in the next week or so depending on what the central bank does,” a senior trader at a private bank said.

Oil prices rallied for a third day as major producers Saudi Arabia and the United Arab Emirates looked unlikely to be able to boost output significantly, while political unrest in Libya and Ecuador added to supply concerns.

Dealers said the Reserve Bank of India has been intermittently selling dollars via state-run banks to prevent runaway losses in the rupee, but dollar demand in the system was far stronger.

The RBI has been selling forward dollars to avoid infusing rupee liquidity in the system and that has led to the one-year onshore forward dollar premiums collapsing to below 3%.

“Allowing INR to gently weaken over time is the right strategy, giving current account deficit space to improve,” she added.

Jigar Trivedi, a research analyst at Anand Rathi Shares and Stock Brokers, said he expects the rupee to depreciate towards 80-81 per dollar levels by the year-end weighed down by the twin deficits and rising interest rate differentials.

Govt jacks up petrol price in Pakistan by Rs6 for the next 15 days...