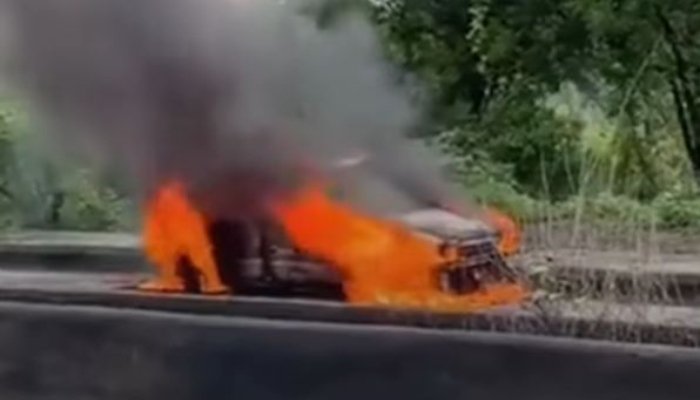 Indian Man sets himself on fire along with wife, son over financial issues

In a tragic incident, a man set himself on fire while sitting in his car with his wife and son, killing himself eventually.

The incident occurred in Nagpur, India due to the man being upset over financial issues.

The man, identified as Ramraj Gopalkrishna Bhat, succumbed to injuries. However, his wife and son survived. They both sustained injuries and were taken to a hospital. NDTV reported.

The police also found a suicide note from the deceased house, which revealed financial crisis was the issue of suicide.

“Ramraj Bhat drove his wife and son, who were unaware about his real motive, in a car on the pretext of going for lunch at a hotel,” said the police.

The police said that the man later set the car ablaze, however, the mother and son managed to get out of the car.