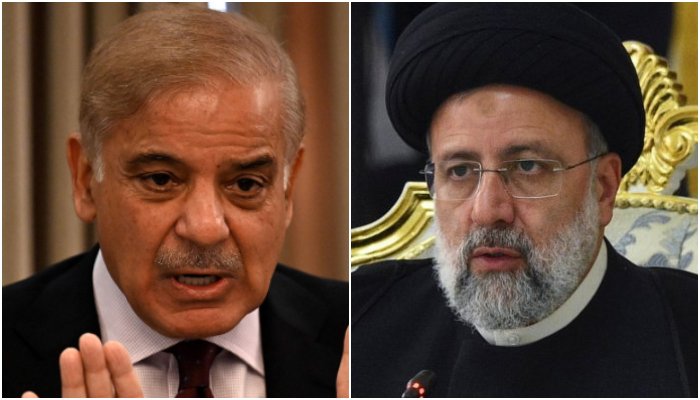 ISLAMABAD: Prime Minister Shehbaz Sharif, in a telephone conversation with President of Iran Seyyed Ebrahim Raisi, has called for the early convening of the Joint Economic Commission (JEC) to further strengthen economic linkages between Iran and Pakistan, APP reported on Sunday.

During the phone call, the leaders exchanged Eid greetings besides discussing several aspects of bilateral relations between the two countries.

Underscoring the significance of historic ties between the two countries, marked by geographic proximity, shared history and mutual understanding, the prime minister reaffirmed his government’s strong commitment to boost bilateral relations in all areas of mutual cooperation, including trade, energy, electricity and people-to-people contacts.

He expressed gratitude to the Iranian leadership for extending timely support and lending IL-76 aircraft to Pakistan to help extinguish forest fires in Balochistan province.

PM Shehbaz appreciated Iran’s steadfast support on the Jammu and Kashmir dispute especially by the Supreme Leader of Iran.

President Raisi thanked the prime minister for his Eid felicitations and assured him of Iranian cooperation in further intensifying bilateral trade, and particularly provision of electricity to the Makran Division.

Emphasising the importance of high-level exchanges, the prime minister extended a cordial invitation to the Iranian President to visit Pakistan.

President Raisi invited the prime minister to undertake an official visit to Iran at an early date.

According to Iran’s state news agency IRNA, Raisi said that the current level of Tehran-Islamabad ties is “not proportionate to the diverse capacities of the two countries” and that a regular holding of the joint commission for economic cooperation “can pave the way for boosting the level of bilateral relations”.

“The Islamic Republic of Iran emphasises great importance to its relations with Pakistan,” said the Iranian president.

He pointed out that “there is no obstacle to expanding ties between the Islamic Republic of Iran and Pakistan”, IRNA reported.