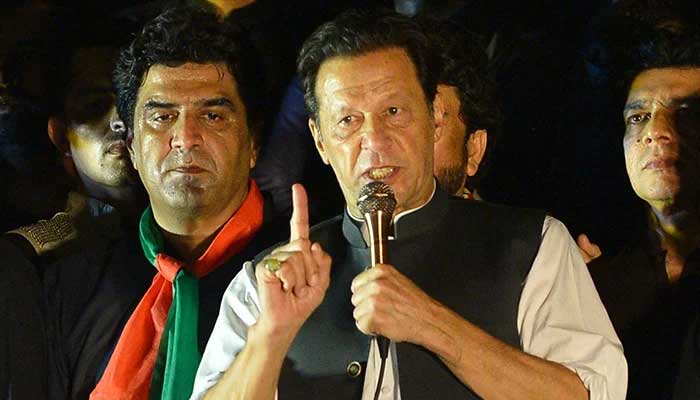 
ISLAMABAD: A district and sessions court on Wednesday extended the interim bail of former prime minister Imran Khan and other PTI leaders till September 27 in a case pertaining to the alleged violation of Section 144 (ban on public gatherings exceeding four persons) in the capital on August 20 — the day the party staged a protest demonstration against the arrest of its leader Shahbaz Gill.

On August 25, the Islamabad court granted interim bail to Imran Khan in the case till September 7 against a surety bond worth Rs5000.

The court also sought the police along with the case record at the next hearing.

During the course of the proceedings, Babar Awan, Khan’s counsel, pleaded with the court to extend his client’s interim bail. He also requested the court to exempt his client from personal appearance in the case.

Additional District and Sessions Judge Zafar Iqbal extended the interim bail of Imran Khan and others till September 27.

He also granted approval to the plea seeking exemption from the personal appearance of Imran Khan, Asad Umar, Asad Qaiser and Faisal Vawda in the case.