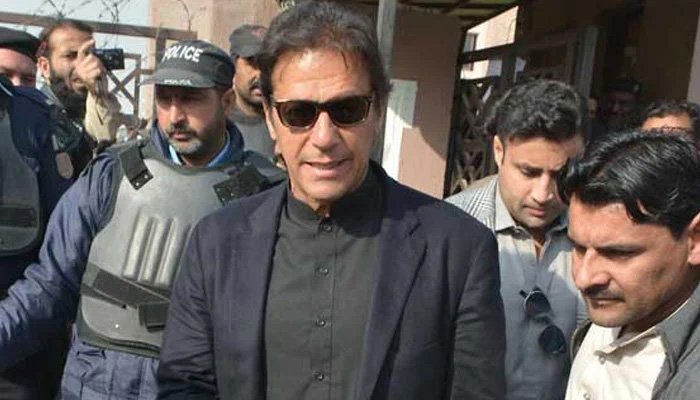 ISLAMABAD: Former prime minister Imran Khan was granted bail on Friday in 10 cases registered against him for vandalism and arson during the party’s ‘Azadi March’ last month.

The PTI chairman had approached the court seeking bail in cases filed at different police stations in the federal capital.

Earlier this month, he was granted pre-arrest bail till June 25 in cases registered against him by the Peshawar High Court (PHC).

The orders were forwarded to the additional sessions judge Islamabad and he was instructed to appear before the Islamabad sessions court before June 25.

Ahead of Imran Khan’s arrival at the court today, strict security arrangements were made where he appeared along with his counsel Babar Awan. Sessions Judge Kamran Basharat Mufti heard the bail plea.

Accepting his plea, the court granted bail to Imran Khan on Rs5,000 surety bonds each till July 6 and directed police to present all the relevant record at the next hearing.

The cases were filed against the PTI leader at Aapbara, I-9, Kohsar, Karachi Company, Golra, Tarnol and Secretariat police stations.

PTI leaders were booked in cases for vandalism during the ‘Azadi March’ last month that ended abruptly following violent clashes between the police and party supporters on May 25, in the aftermath of which several policemen lost their lives.

Imran Khan announced an end to the march to Islamabad on May 26.