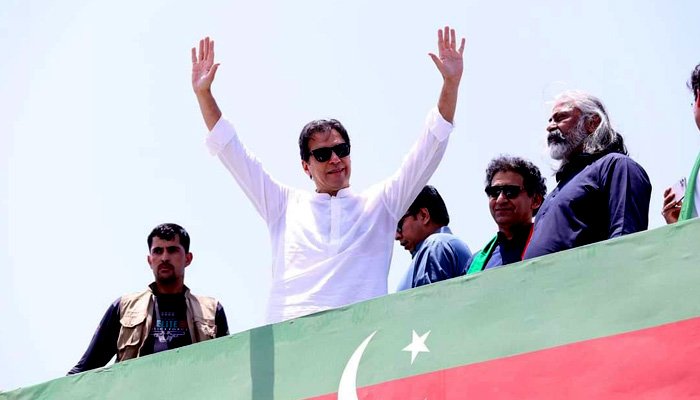 ISLAMABAD: The Islamabad Police, chief commissioner Islamabad and the interior secretary have submitted their reports to the Supreme Court  today regarding the violence during the PTI’s Azadi March, holding PTI Chairman Imran Khan responsible for the disorder  in the capital on May 25.

The apex court had ordered the Inter-Services Intelligence (ISI) and other relevant authorities to submit a report to the court explaining whether the judiciary’s orders were violated in the Islamabad riots on May 25.

The SC had issued the directive on the plea filed by the Islamabad High Court Bar Association (IHCBA) against the government’s decision to block roads to stop the PTI’s Azadi March.

In its report submitted today, the Islamabad Police said that the protesters breached the security cordon and entered Red Zone despite the court’s order to hold a rally on H-9 ground on Imran Khan’s directives.

“The PTI chairman, in a video message, instructed his party workers to reach D-Choek after which 700-800 protesters reached Red Zone.”

The police said that the law enforcement agencies made every effort to stop them but protesters managed to remove containers and barriers.

It added that the Imran Khan and the PTI workers did not go to the H-9 ground despite clear court orders in this regard.

The report further said that at least 21 people were injured during clashes in Red Zone and the police resorted to tear gas shelling to disperse demonstrators.

“The PTI workers were armed as well,” it said adding that they entered the Red Zone in a planned manner and on the directives of their leadership.

The report has held Imran Khan responsible for the disorder at the D-Chowk, saying the barriers were removed on the orders of the Supreme Court so that the PTI protesters can reach the designated place.

The police have also attached PTI leaders’ video clips and Twitter messages along with the report.

“No force was even when they entered Red Zone,” it added.