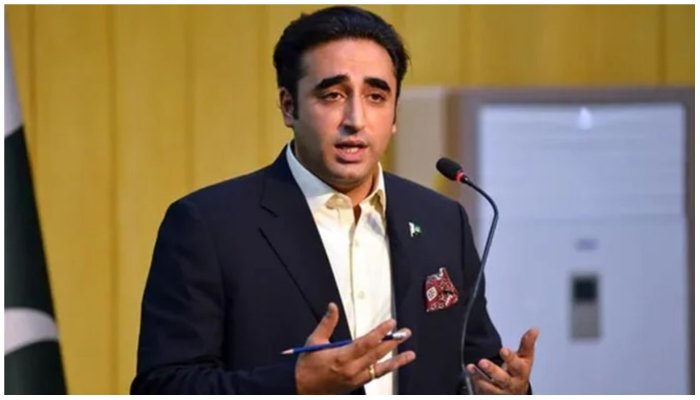 
Foreign Minister Bilawal Bhutto-Zardari on Thursday took to his official Twitter account and questioned the Election Commission of Pakistan (ECP) for the “special treatment” being meted out to PTI Chairman and former prime minister Imran Khan.

In his tweet, Bilawal asked, “how long will Khan remain a favourite”, adding that PPP candidates from Multan and Karachi are frustrated by the sudden postponement of the byelections in select constituencies of Sindh and Punjab.

“How long will IK remain ladla? my Multan and Karachi candidates are frustrated by sudden postponement of by-elections. They are eager to start serving their constituents who have been left without representation for too long. no need to allow PTI to run away from elections at 11th hour,” the foreign minister tweeted.

Earlier today, the ECP announced its decision to postpone the by-election to be held in 13 constituencies.

During an important meeting held under the chairmanship of Chief Election Commissioner Sikandar Sultan, it was decided that polling for the by-elections to be held on September 11, September 25, and October 2 have been postponed.

However, the ECP cited recent flash floods and devastations caused by them as the reason behind the decision.

The commission said the decision to postpone the by-elections has been taken after getting proper feedback from the Ministry of Interior according to which Pakistan Army, rangers, and the Frontier Corps are busy in relief work for the flood-affected people, maintaining internal security, and thwarting out terrorist activities in the country.

The ECP will announce new dates for the polling as soon as it finds the availability of the law enforcement agencies’ personnel.