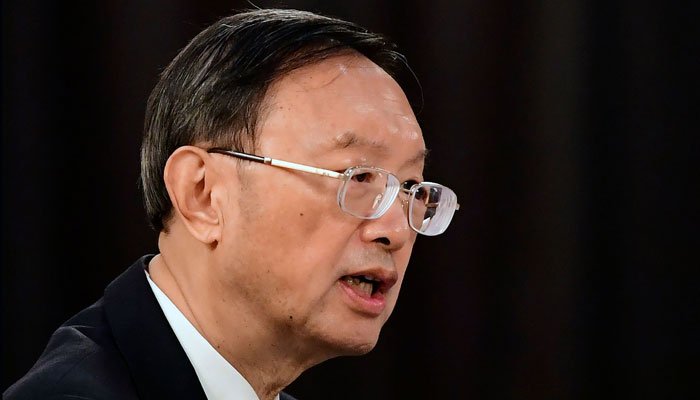 ISLAMABAD: Yang Jiechi, a high-level member of the Chinese Communist Party, will arrive in Islamabad with a delegation today for a two-day trip to Pakistan, said the Foreign Office spokesperson on Wednesday.

During his visit, from June 29-30, the Chinese official will hold talks with Foreign Minister Bilawal Bhutto-Zardari and call on Prime Minister Shehbaz Sharif.

Apart from Yang, the Chinese delegation will include China’s vice ministers for foreign affairs and commerce, vice chairman of the China International Development Cooperation Agency (CIDCA), and deputy secretary-general of the National Development and Reform Commission (NDRC).

The FO said that the Yang “has a prominent role in China’s foreign relations” and had previously served as China’s foreign minister from 2007-13 and state councillor from 2013-17.

“The visit is part of the regular high-level exchanges between Pakistan and China. Recently, these interactions included a virtual meeting between the Foreign Ministers on 11 May 2022; Prime Minister’s telephone call with Premier Li on 16 May 2022; and Foreign Minister’s visit to China on 21-22 May 2022,” said FO spokesperson.

The spokesperson said that the director Yang’s visit is reflective of the importance both countries attach to further deepening the “all-weather strategic cooperative partnership”, reaffirming mutual support on issues of each other’s core interests, enhancing economic engagement, exploring new avenues of bilateral cooperation for the betterment of the two peoples, advance high-quality development of CPEC, and coordinate positions on important regional and global issues of mutual interest.”