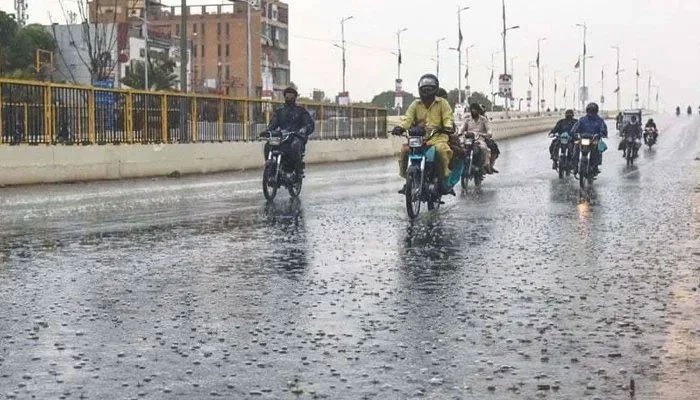 The intermitted rainfall is recorded in almost all the areas of the city, including, II Chundrigar Road, Gulistan-e-Johar, North Karachi, Surjani Town, Gadap Town, National Highway, Bahria Town, Malir, Shahrah-e-Faisal and suburban areas of the city.

Earlier in the day, meteorologist Jawad Memon forecast more rains coupled with thunderstorms in the port city after 2pm today under the season’s first monsoon spell.

Talking to Geo News, Jawad Memon said that a weather system is expected to be developed in the northeast and northwest of Karachi. In addition to this, rain-bearing clouds gathered over Thatta, Badin, Nooriabad and Kirthar may move towards the city, he added.

“Light-to-heavy rains are expected in Karachi after 2 or 3 pm,” said the meteorologist.

However, the second spell of the monsoon is currently present in central India and it could cause rains in Sindh during the next few days, he added.

The Met Office said that heavy rain is also likely at few places in Sawat.