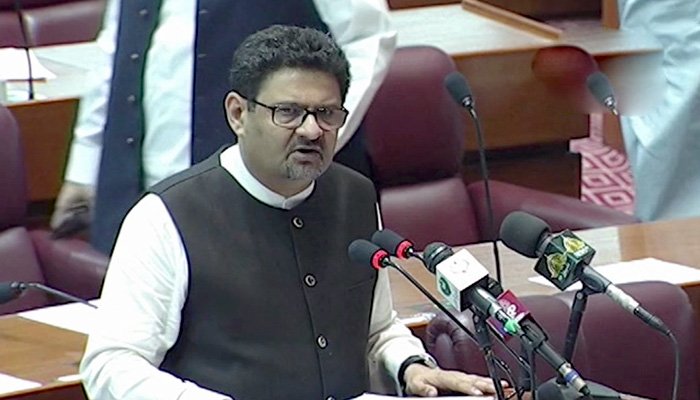 ISLAMABAD: The coalition government Friday announced a revised tax deduction criteria for the salaried class on the demand of the International Monetary Fund (IMF) withdrawing relief given on June 10.

According to a The News report published Saturday, the tax collection target of the Federal Board of Revenue (FBR) for the fiscal year 2022-23 has been increased to Rs7,470 billion — an addition of Rs466 billion.

The government, to collect the amount, took some drastic measures by increasing the tax rate on high-income earners to fetch Rs120 billion for poverty alleviation and Rs35 billion by raising tax rates for the salaried class.

The government slapped a 10% super tax on 13 high-earning sectors with a revenue impact of Rs80 billion for the next financial year 2022-23.

The exchange rate depreciation will also help the FBR to collect more taxes at the import stage in the budget for 2022-23, so with help of all these taxation measures, the tax collection target will be increased up to Rs7,470 billion.

The Ministry of Finance high-ups disclosed to The News on Friday that all IMF’s demands on the fiscal front were almost fulfilled and now it was expected that the Fund staff would share a draft of the Memorandum of Financial and Economic Policies (MEFP) next week on Monday.

The IMF and the Ministry of Finance as well as the State Bank of Pakistan are holding parleys continuously. Finance Minister Miftah Ismail also chaired a meeting related to the government’s strategy for hiking power tariffs.

The Fund has objected to the government’s estimates of allocating Rs225 billion for Price Differential Claims (PDCs) for the next budget as the IMF assessed that it might escalate to over Rs350 to Rs450 billion.

The fuel price adjustment for May 2022 has been estimated at Rs8 per unit while it may go up further for June 2022. The increased prices of RLNG in the international market have increased woes of cash bleeding power sector as the price of furnace oil and coal also went up, thus, increasing generation cost manifold.

Earlier, the government estimated to generate Rs37 billion with these taxation measures but now it jacked up its estimates up to Rs120 billion.

The net addition will be standing at Rs80 billion only.

The government has proposed a tax on jewellery shops as on-premises of shops, it has been fixed at Rs40,000 per shop of jewellery. There are nearly 30,000 jewellery shops and only a few shops are registered. The Withholding Tax on the sale of gold by consumers was cut to 1% from 4%.