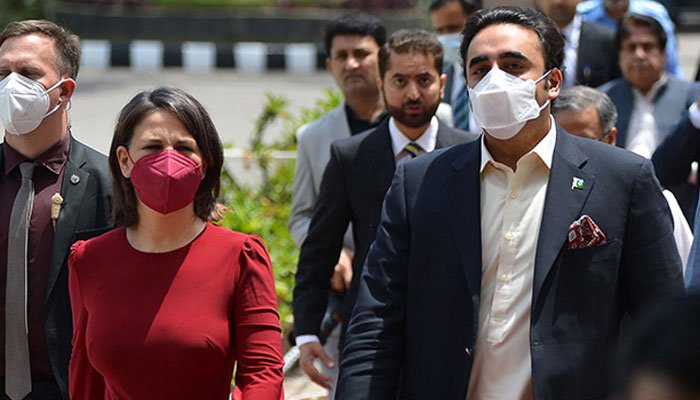 ISLAMABAD: German Foreign Minister Annalena Baerbock, who arrived in Pakistan earlier today, has shortened her visit after testing positive for the COVID-19.

She was tested positive for the virus after lunch as the foreign minister had noticed that she lost her sense of taste.

As per the official Twitter handle of the ministry, Baerbock regularly tests herself for the virus. It further said that she was tested negative for the virus in the morning.

After testing positive for the virus, Baerbock has cancelled all further dates of the trip, which also included stops in Greece and Turkey, said the ministry.

Earlier in the day, on her arrival at the Ministry of Foreign Affairs, Foreign Minister Bilawal Bhutto-Zardari, Minister of State for Foreign Affairs Hina Rabbani Khar and other senior officials accorded her a warm welcome.

The German foreign minister along with her Pakistani counterpart Bilawal Bhutto Zardari also planted a sapling in the premises of the Ministry of Foreign Affairs.