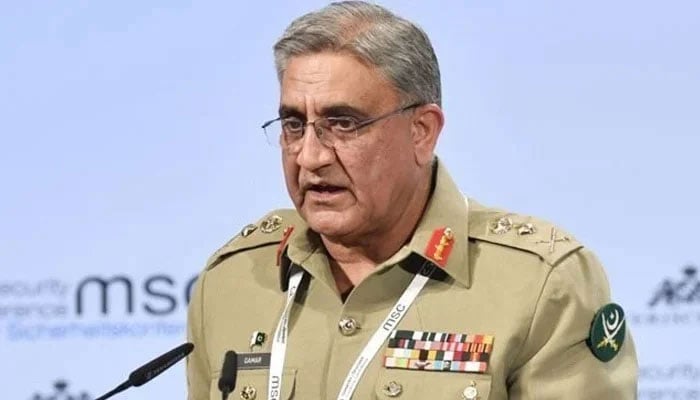 
Chief of the Army Staff General Qamar Javed Bajwa is one of the longest-serving army officers in Pakistan’s history.

The 62-year-old general is all set to hand over the baton of command to his successor in less than a week’s time from now on November 29. He has spent over 44 years in the military, as he joined the Pakistan Army in 1978 and got commissioned on October 24, 1980.

By November 29, General Bajwa would have spent 2,190 days (six years) in his career with the armed forces. He succeeded General Raheel Shareef on November 29, 2016.

He was due to retire on November 29, 2019 at the end of his stipulated term, but was given a three-year extension in service by the-then Prime Minister Imran Khan on August 19, 2019.

On November 28, 2019, the Supreme Court suspended the government order, observing there was no law to extend an army chief’s tenure.

However, the apex court granted a six-month extension to General Bajwa after being assured by the government that parliament would pass legislation on the extension/reappointment of an army chief within six months.

The notification extending General Bajwa’s tenure was finally issued on January 28, 2020 after the parliament passed a law to settle the issue pertaining to the extension of the army chief’s tenure.

Research conducted by the Jang Group and Geo Television Network reveals of all the 10 Army Chiefs and six Commanders-in-Chief of Pakistan Army to date, General Pervez Musharraf has had the longest military career spread over 45 years, seven months and nine days.

Research further shows General Bajwa’s predecessors, who have headed the Pakistan Army for a period longer than him, include the likes of General Ziaul Haq (1924-1988), who was appointed Chief of Army Staff on March 1, 1976 at the age of 51 years and six months. He had served on this key position for the lengthiest period of 12 years, 5 months and 16 days.

General Zia had declared the third Martial Law in the country’s history in 1977 after deposing elected Prime Minister Zulfikar Ali Bhutto. He was also the sixth President of Pakistan and remains Pakistan’s longest-serving head of state with a rule spread over 11 years.

In 2001, as President, he had himself extended his tenure as Army Chief.

Musharraf had also served as the country’s 10th President from June 2001 to August 2008.

Hailing from Quetta’s Hazara community, he had received two extensions as Commander-in-Chief from 1958 to 1966.

An excellent hockey player, General Musa had risen to the rank of Commander-in-Chief when he was 48 years and five months old.

The tenure of Pakistan’s first native Commander-in-Chief, Field Marshal General Ayub Khan (1907-1974), had lasted from January 1951 to October 1958, or for a period of seven years, nine months and nine days. He remains the youngest of all army bosses in the country’s 75-year history.

Ayub was appointed to this post at the age of only 43 years, eight months and three days. Among all the other Army Chiefs before or after him, Ayub had the shortest military service length of 30 years, 10 months and 24 days.

Despite serving for just 22 years and 11 months, he achieved the highest and most powerful position on January 17, 1951 – another feather in his illustrious cap.

It goes without saying that had the first two Pakistan army Commanders-in-Chief, General Frank Messervy and General Douglas Gracey, completed their three-year tenures, Ayub Khan would not have been picked to lead the country’s military at the age of 43.

Another factor that played a pivotal role in Ayub’s early elevation was the accidental demise of Major Gen Muhammad Iftikhar Khan (1907-1949), who was actually nominated ahead of Ayub Khan to become the first local Commander-in-Chief. Both Musharraf and Ayub had also served as the country’s presidents in uniform.

As the army chief, he had served for six years. He was the first four-star officer to receive a term extension from any democratic government.

Pakistan’s military has been headed by 16 four-star generals (six Commanders-in-Chief and 10 Army Chiefs) during the last 75 years, bringing the average duration of their tenures to 4.7 years approximately.

For one reason or the other, a few Pakistani Army Chiefs could not complete their three-year tenures in this powerful office. These include General Gul Hassan, who had the shortest tenure as Commander-in-Chief. He served on this post for just two months and 11 days.

An excellent boxer and hockey player, Gul Hassan, was the last Commander-in-Chief of the Pakistan Army. Those who succeeded him were called Chief of the Army Staff. He was deposed by the then President Zulfikar Ali Bhutto after the Hamoodur Rahman Commission recommended his ouster.

Gul Hassan had also served as ADC to Governor General Muhammad Ali Jinnah, the founder of Pakistan. Following a trial, Gen Gul Hassan was immediately retired from the army and further relieved from any benefits given to the retired officers. General Asif Nawaz Janjua (1937-1993) had served for just one year, four months and 22 days. He was the 10th Army Chief from August 16, 1991 till his sudden death in office on January 8, 1993. General Jehangir Karamat (born 1941) had called shots for two years, eight months and 25 days only. He was appointed 12th Chief of the Army Staff on January 12, 1996 and had held this office till October 7, 1998.

He later became Chairman of Joint Chiefs of Staff Committee in 1997. He is also one of very few army generals in the military history of Pakistan to have relinquished charge over a disagreement with civilian authorities. (References: Shuja Nawaz’s book “Crossed swords: Pakistan, its army, and the wars within”, Mazhar Aziz’s book “Military control in Pakistan: the parallel state,” a BBC report of October 8, 1998 and the London Gazette)

Pakistan’s first Commander-in-Chief, Frank Messervy, had commanded the Pakistan Army from August 15, 1947 to February 10, 1948 or for 175 days only to be more precise.

The second Commander-in-Chief, General Douglas Gracey, had spearheaded the Pakistani military between February 11, 1948 and January 16, 1951 or for two years, 11 months and five days.

Like his predecessor Messervy, Gracey too was guilty of not sending troops to the Kashmir front despite standing orders from Quaid-e-Azam.