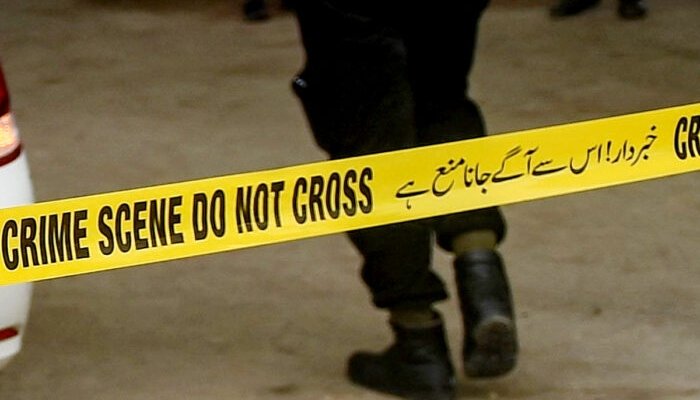 LARKANA: A woman was killed while her husband was injured after her father opened fire on the couple on Wednesday.

The incident took place near a sessions court in Larkana. According to the husband, who was injured during the firing, his father-in-law attacked the couple which ended up taking his pregnant wife’s life.

The man, Jawad Ahmed, said that the couple got married in 2020 after which his wife’s parents were upset with them.

Ahmed said that his in-laws had registered a case of kidnapping against him. He added that he, along with his wife, was returning from the court after which they were attacked.