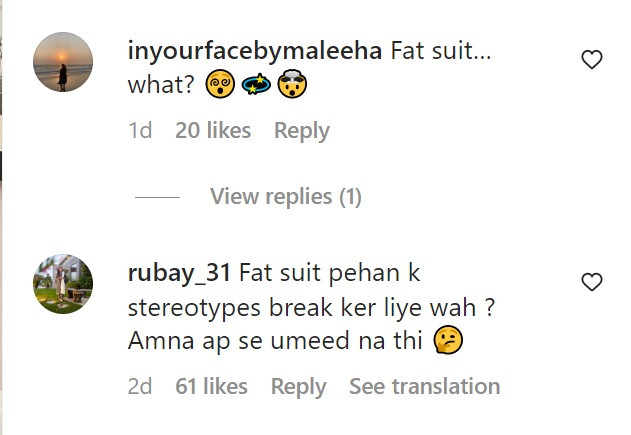 Fans call out Sanam Jung for wearing a fat suit


Although Pyari Mona initially received a positive response due to its unconventional take on body shaming, the recent pictures of Sanam Jung in a fat suit have been creating quite a buzz online. Fans have shown displeasure at the drama’s creators for choosing Jung instead of a plus-size actor for the role.

After recent pictures of Jung in a fat suit on the sets of her upcoming drama went viral, a storm of comments started questioning the authenticity of the story and proceeded to highlight the irony of the situation.

An Instagram user displayed their shock at the pictures of Jung, she wrote, “A fat suit, what?” Another questioned Isani on how is the actor “breaking stereotypes” if she’s wearing a fat suit.

They expressed, “She will break stereotypes by wearing a fat suit? Did not expect this.”

More fans chimed in with comments regarding the ‘blunder’. One commenter noted how the “industry doesn’t give chances to plus-size people,” and another lamented the fact that the drama makers couldn’t find a “plus-size actor” in the whole industry.

They said, “It’s when the industry can’t give a chance to plus size talents,” followed by a jab to the series, “Character itself looks scripted!” 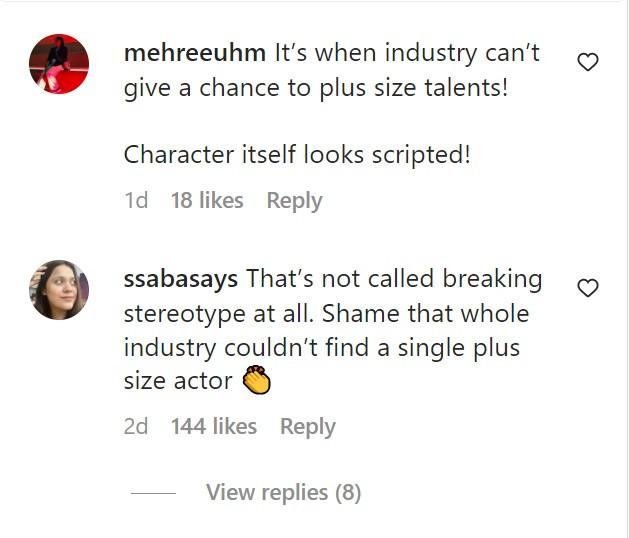 On a different note, an Instagram user reflected on the reason behind this choice of hiring and expressed her discontent with the media’s “obsession” with being skinny. They said, “Problem is that there are no plus-sized people in the industry anymore! The fat ones were body shamed into losing weight, which is fine they did it for their health, but I can’t say for sure because everyone is so obsessed with stick thin actors, now.”

The user further mentioned the drama Oye Moti and discussed how it’s not much different from it. “It’s obscene, then how is any role different than Oye Moti, which received a lot of criticism?”

In the end, the commenter still expressed their interest to watch the drama and give the final verdict then. “I’m still intrigued to watch it if they handled this better,” the user concluded 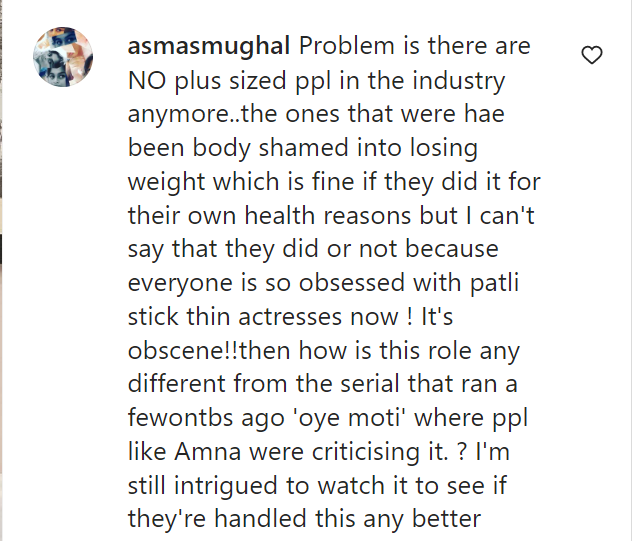 Another fan highlighted the drama Parizaad and how the main lead Ahmed Ali Akbar used blackface, but no one seemed to object to it because the actor performed so well. In doing so, the fan suggested that having a person with good “acting skills” is always better.

“A lot of people are expressing their discontent with her [Jung] wearing a fat suit but where was this outcry when Akbar had to put on skin-darkening makeup for Parizaad (a form of blackface)? In an ideal situation, they would’ve auditioned for dark skin actors and introduced some new, or lesser-known talent. However, it boils down to acting talent. They needed somebody daring like Akbar who can perform well, I’m sure that is the case with Jung too,” the user commented. 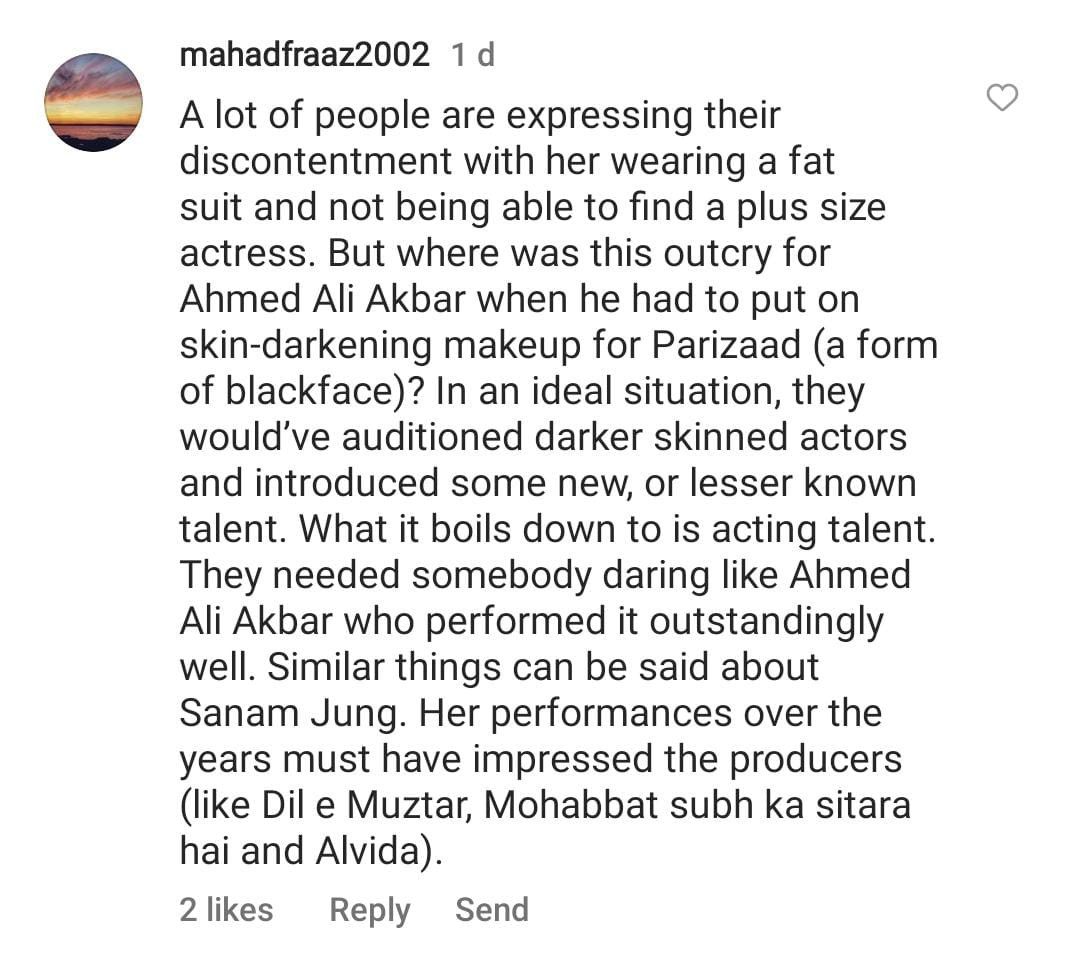 While Jung will apparently respond to criticism on wearing a fat suit in the show, the people in the comments did not seem to share the same sentiments.