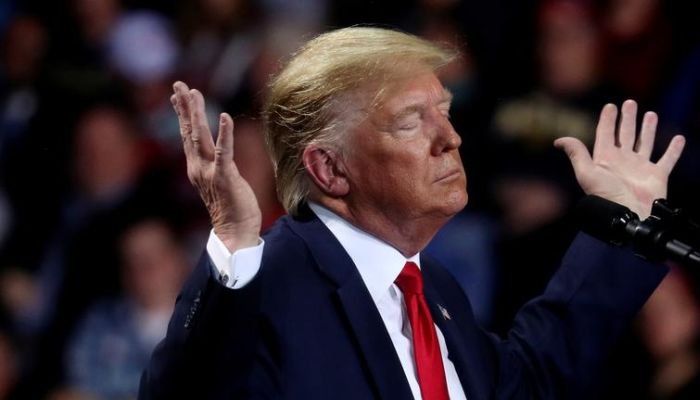 
NEW DELHI: Donald Trump has dropped another hint at a White House campaign in 2024, with the former US president telling Indian television that a run for office would “make a lot of people very happy”.

“Everyone wants me to run. I am leading in the polls,” Trump said in an excerpt of an interview with NDTV to be broadcast in full later on Thursday.

“In every poll, in Republican polls and in Democrat polls, and I will make a decision in the very near future, I suspect. And I think that a lot of people are going to be very happy,” he added.

The billionaire former reality TV star, 76, also repeated false claims that the 2020 election in which he lost to current President Joe Biden was rigged.

The Republican has faced intense legal scrutiny over his efforts to overturn the results of the poll and over an attack on the US Capitol by his supporters on January 6 last year.

Since leaving office, he has remained America’s most divisive figure, continuing to sow falsehoods that he won the vote.

He is currently under investigation for potential mishandling of classified documents, with the FBI raiding his Florida home last month.

Trump has denied wrongdoing and called the raid “one of the most egregious assaults on democracy in the history of our country”.

In a speech on Saturday in Pennsylvania he hit back at assertions by Biden that he and his supporters are undermining US democracy, calling Biden an “enemy of the state”.