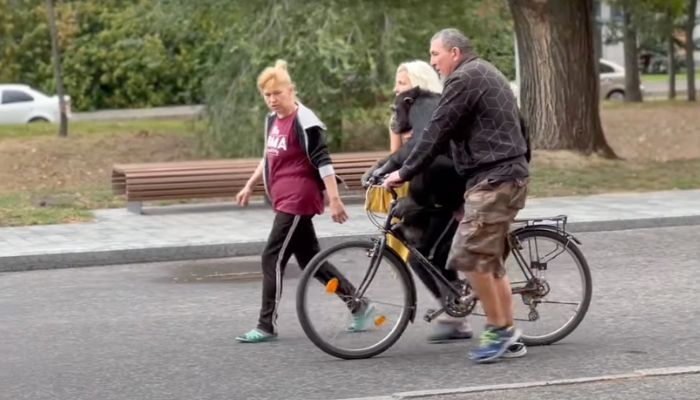 Escaped chimpanzee in Ukraine returns to zoo on bicycle


A chimpanzee that escaped from the Kharkiv Zoo, Ukraine, on September 5, was seen roaming around the city and has warmed many hearts with its adventures on a bike.

Chichi the chimp wandered through the city square and streets, multiple videos showed.

In one video, a woman sat with Chichi after which she gave her jacket to the chimp and even helped her wear it. Sweet Chichi hugged her and went back to the zoo on a bike.

Suspline said that the woman could have been a zoo employee. The Guardian reported that the chimp reached the zoo safely, according to the zoo director.

More than 100 animals have died and many more have been affected because of the ongoing war between Ukraine and Russia. The animal park was evacuated to protect the creatures from daily shelling.