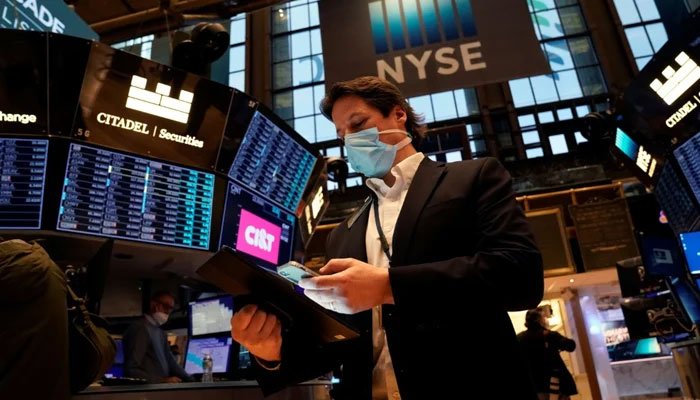 LONDON: Asian and European stock markets advanced Monday on a wave of investor optimism as China eases some of its strict COVID curbs in Shanghai and Beijing.

London equities gained 0.2% in late morning deals, while Frankfurt won 0.8% and Paris gained 0.9% around midday in the eurozone.

Asian indices rebounded as traders also digested strong US data and a pre-weekend rally on Wall Street, which remains shut on Monday for the Memorial Day public holiday.

“Worries about global growth have eased — and hopes (are) that China’s worst COVID woes may be over,” said Hargreaves Lansdown analyst Susannah Streeter.

“There was a ripple of relief across European markets after authorities in Shanghai announced a lifting of restrictions from Wednesday, with more production now expected to begin across the manufacturing and tech hub.”

The prospect of easing COVID curbs has buoyed hopes for the world’s number two economy.

Monday’s gains extended a positive end to last week for global equities, with some commentators saying there was a growing hope that the months-long sell-off may have run its course.

Markets have been pummelled this year as soaring prices — caused by the Ukraine war, supply chain snags and China’s lockdowns among other things — forced central banks to hike interest rates and warn of more to come.

The US reading lent hope that the worst of the inflation surge may have passed and could allow the Federal Reserve to ease back from its hawkish rate hike drive later in the year.

May jobs data — due for release on Friday — should provide a fresh snapshot of the economy and possibly an idea about the Fed’s next policy moves.

The possibility that China’s COVID curbs could be gradually removed helped oil prices rise, with Brent topping $120 per barrel for the first time in two months as traders bet on a pick-up in energy demand.

That comes as European leaders are said to be edging towards a deal to impose sanctions on imports of crude from Russia in retaliation for its invasion of Ukraine.

Still, while optimism is higher on trading floors at the moment, it remains at a premium with inflation still elevated and borrowing costs expected to rise further, while the war in Ukraine and China’s struggling economy continue to drag.

Key figures at around 1030 GMT