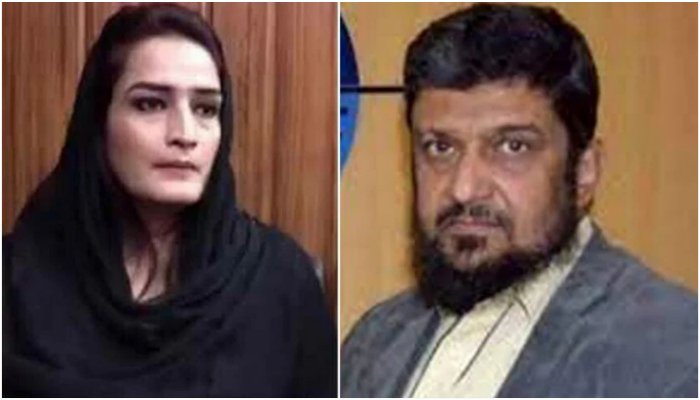 The Director-General of the National Accountability Bureau (NAB) Saleem Shehzad has sent a notice to Tayyaba Gul — the woman who has accused the NAB chief of sexually harassing her — seeking Rs100 million in a damages suit.

In a statement, Shehzad said that his audio was “misused” as his call was stealthily recorded, adding that whatever action was taken against Gul was “in accordance with the law”.

He added that NAB Lahore had received complaints against Gul. “She was the plaintiff in one case and the accused in another case,” he said.

In this regard, NAB spokesperson Nawazish Ali also said that he “never met Gul” and that she tried to “misrepresent” him.

Earlier, Gul had alleged that she was sexually harassed while visiting the watchdog’s office. “When I was presented before DG NAB Shehzad, my clothes were torn off upon his directions and my body had to sustain bruises because of the search”.

She had also alleged that she was filmed and later, that video was shown to her husband.

Gul had also levelled allegations against the former chairman of the accountability watchdog Javed Iqbal and claimed that he had threatened her with “dire consequences.”

“Javed Iqbal would tell me that he will destroy my life within a minute,” Gul revealed to the National Assembly’s Public Accounts Committee (PAC) on Thursday, where the former NAB chairman did not appear despite being summoned.

Gul lamented that a false reference was filed against her and her version was not recorded. “I met Iqbal during a meeting regarding missing persons,” she said, adding that when she asked him not to call her repeatedly, “he got angry.”

Gul added Iqbal’s personal staff officer Rashid Wani, from the missing person commission, was his facilitator. “Neither I could file first information report (FIR) nor did any court listen to my plea,” she said.

The NAB chairman was summoned for the meeting after PAC Chairman Noor Alam Khan, quoting human rights activist Amina Masood Janjua, had a day earlier accused Iqbal – who is heading the National Commission for Missing Persons — of harassing a woman who had appeared at one of the sessions of the commission on missing persons.

But Iqbal did not show up.

As the meeting went on, the committee chairman said that Iqbal had informed him through a letter that he won’t be able to make it today as he has left for Eid ul Adha’s vacation.

“We will not tolerate such misuse of authority; I want to issue arrest warrants against Justice (retired), Javed Iqbal,” the PAC committee chairman angrily said.