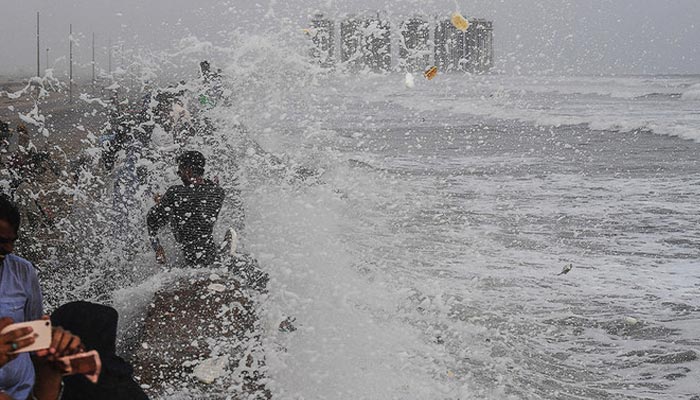 
ISLAMABAD: Secretary of the Ministry of Climate Change, Asif Hyder Shah, said that the sea level may rise to 36 to 50 centimetres after which some big cities may disappear by submerging into the water.

Nawaz said that Sindh and Balochistan have received monsoon rains while there have been 18 incidents of glacier eruption in the northern regions.

He further said that after Pakistan Meteorological Department’s (PMD) forecast, NDMA called a conference to prepare for the first monsoon.

The ministry’s secretary said that 1 million people live on the banks of the rivers and are not ready to move which results in a huge loss.

He added that the cabinet will be informed soon about the issue.

Shah said that there might be a shortage of water and the sea level may rise, causing cities to submerge. “The Climate Ministry will have to work with the Ministry of Water Resources,” he added.

Federal Minister for Climate Change Sherry Rehman said that the Met Office works under the authority of Pakistan Civil Aviation and they issue warnings. “There is a lack of planning within the provinces,” she added.