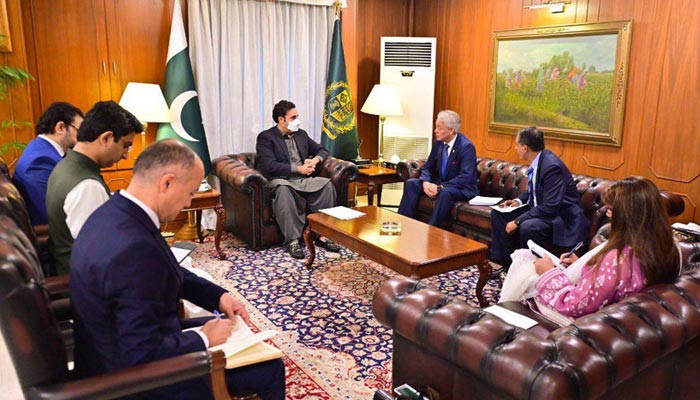 His comments came during a meeting with the Director of the Executive Committee of the Regional Anti-Terrorist Structure of Shanghai Cooperation Organisation (SCO-RATS) Ruslan Mirzaev at the Foreign Office.

Bilawal welcomed the director and his delegation and reaffirmed Pakistan’s commitment to the goals and purposes of the SCO Charter and the “Shanghai Spirit”.

The foreign minister underscored the importance of regional platforms such as SCO-RATS to promote coordinated efforts in countering terrorism and extremism.

He also highlighted the need for developing common approaches to address persistent as well as emerging challenges.

Bilawal appreciated the constructive role played by the Executive Committee of SCO-RATS in upholding the spirit of consensus and cooperation in achieving common objectives.

The director emphasised that deliberately politicising discussions related to countering terrorism and extremism were counter-productive and contrary to the objectives of the organisation.

Bilawal said that Pakistan would support all efforts that were aimed at improving the efficiency and effectiveness of SCO-RATS. He commended the approach taken by the executive committee in developing consensus on the issue and assured the director of Pakistan’s constructive engagement in the matter.

Mirzaev is on an official visit to Pakistan. During the visit, he had working-level meetings with the Ministry of Foreign Affairs, the National Counter Terrorism Authority, and other relevant security institutions.

The director was given detailed briefings on Pakistan’s successes in countering terrorism and extremism, an overview of the regional situation, and threats posed by new and emerging challenges in the region.