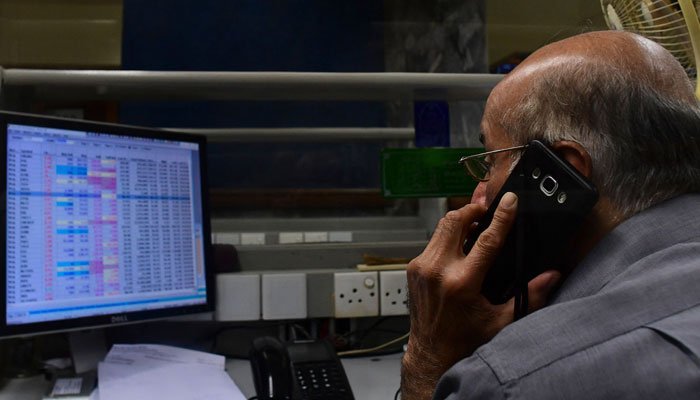 
KARACHI: Share sell-off continued at the Pakistan Stock Exchange (PSX) for another day on Wednesday as the benchmark KSE-100 index dropped 94 points owing to the persistent depreciation of the rupee against the US dollar.

The local currency depreciated by Rs2 against the greenback and closed at 223.42, which triggered panic among investors about the current account balance. In addition, the rollover activity at the bourse added to the selling pressure.

Earlier, trading kicked off on a positive note, however, the index soon succumbed to the selling pressure in the absence of positive triggers. The market remained on a downward trajectory for the rest of the session.

Though the investors made a few attempts to push the market into positive territory, their efforts could not bear fruit.

A report from Arif Habib Limited noted that the PSX observed a range-bound session today due to the continuous depreciation of the Pakistani rupee against the US dollar.

“The benchmark KSE-100 index despite opening in the positive zone failed to continue the momentum as investors’ participation remained sluggish led the index to close in the red zone,” the report read.

Volumes continued to decline in the main board although decent volumes were observed in the third-tier stocks.

Shares of 337 companies were traded during the session. At the close of trading, 130 scrips closed in the green, 181 in the red, and 2263 remained unchanged.

Overall trading volumes plunged to 92.93 million shares compared with Tuesday’s tally of 187.26 million. The value of shares traded during the day was Rs3.15 billion.

Gold price in Pakistan falls by Rs4,000 per tola