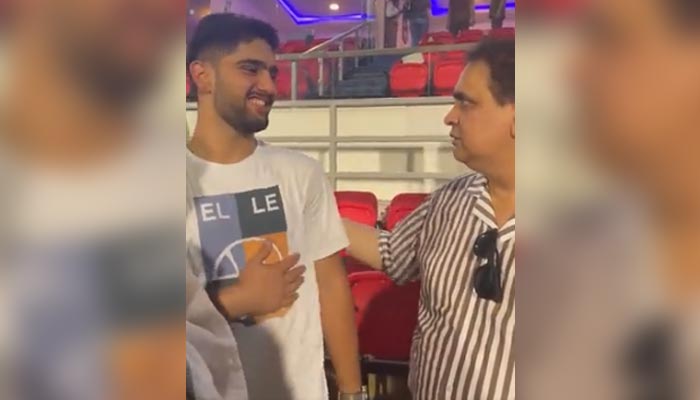 In a video making rounds on the internet, the cricketer’s father could be seen motivating Nabi’s son, Hassan Khan. The latter broke into tears after his team lost against Pakistan in a nail-biting match.

“You have not lost, you have won this match. Afghanistan team has come a long way and Inshallah, we will strongly compete in T20 World Cup together,” Azam Siddique told Hassan.

Nabi’s son could be seen smiling while Babar’s father consoles him in the stadium.

In another video, Siddique got emotional while describing his feelings after Pakistan’s victory.

The Green Shirts won by 1 wicket in the second match of the Super Four stage of the tournament.

Pakistan will now face Sri Lanka in the final of the T20 Asia Cup 2022 on September 11.