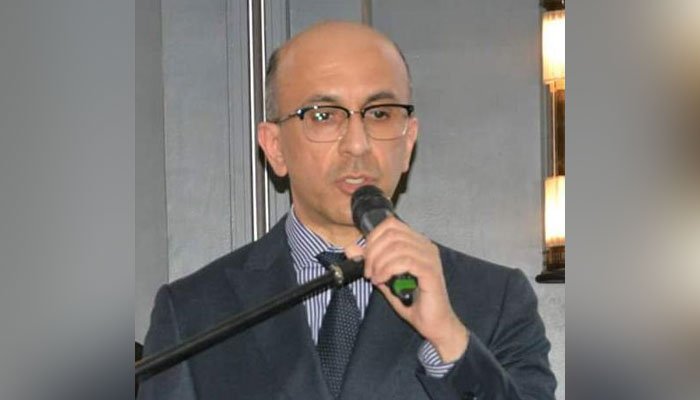 Aneel Mussarat had taken legal action at the UK high court after Republic TV called him a “stooge” of the main Pakistani spy agency, the Inter-Services Intelligence (ISI), and accused him of spreading terror in Indian during a show aired in the UK on 22 July 2020.

The high court in London held that there was no evidence behind assertions that Aneel Musarrat was an “ISI stooge”.

The judgement was made by Deputy Master Toogood QC after hearing Aneel Mussarat’s case against Republic’s UK broadcaster Worldview Media Network. The Republic Bharat didn’t take part in the court proceedings at any stage and the judgement has been issued in absence of the defendant.

The British Pakistani businessman took legal action after Arnab Goswami on 22 July 2020 referred to Aneel Mussarat as an “ISI stooge” and his picture was shown in the programme to coincide with an interviewee stating, “I don’t think freedom of expression extends to fraternising with people who are clearly involved in sending terrorists across into India”.

Aneel Mussarat had claimed that the allegations have caused serious harm to his reputation as he was not a stooge of the ISI and had no links with any terrorists group or anything illegal. The judge accepted that the publication of defamatory words “had caused or is likely to cause serious harm to the reputation of the claimant”.

The judge issued orders in favour of Aneel Mussarat, stressing there was no realistic prospect of the defendant providing an apology. The judge awarded legal costs of £37,500 to Mussarat and £10000 in damages as Aneel Mussarat had sought only token damages.

Aneel Musarrat has been pictured with several Bollywood stars and the Republic programme had questioned links of Bollywood stars linking him with terror acts. Aneel Musarrat is also known to be close to former prime minister Imran Khan and has raised funds for his party. He has also enjoyed close friendship with the Sharif family as well as with the family of Yousuf Raza Gilani and former Punjab Governor Makhdoom Ahmed Mahmood.

Speaking to this correspondent, Aneel Mussarat expressed joy at winning the case against Republic Bharat.

“I have never worked for any spy agency. I have never been involved in any kind of terror or illegal act. In July 2020, at the beginning of Covid, Republic TV Channel and Arnab Goswami broadcasted multiple TV programmes defaming my character, alleging me of being an ISI agent and spreading terrorism in India. I applied to the Royal Court of justice for vindication. I am glad I have been vindicated and I am thankful to the British justice system.”