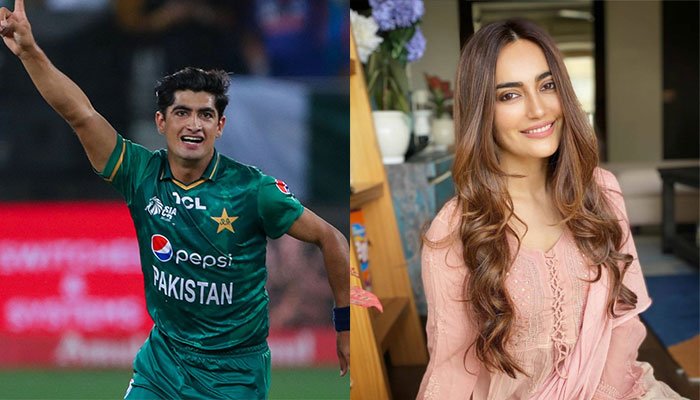 
Young Pakistani pacer Naseem Shah has become the talk of town for steering his side into the finale of ongoing Asia Cup 2022 with his furious match-winning sixes that concluded the nail-biting clash between the Men in Green and Afghanistan Wednesday night.

Naseem got himself recognised in international cricket, first with his spectacular performance in the first hi-octane India vs Pakistan match, and later as an aggressive striker in the crucial fixture against Afghanistan.

By the second match between Pakistan and India, many people had eyes for the star pacer and Indian actress and model Urvashi Rautela was one of them. Another Indian celebrity, Surbhi Jyoti, is all praises for Naseem now after he pounded Afghanistan last night.

Taking to Twitter, Jyoti said while referring to the cricketer, “Pakistan has definitely got a gem.”

Naseem Shah’s two sixes in the last over helped Pakistan secure a place in the final game of Asia Cup 2022 and sent India packing in a low-scoring thriller.