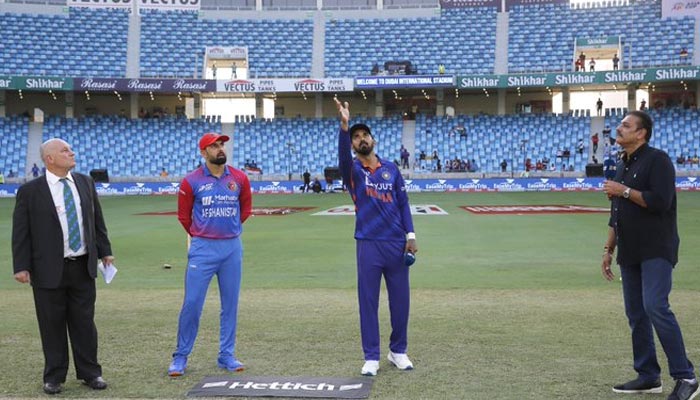 Afghanistan opt to bowl against India in Asia Cup


DUBAI: Afghanistan skipper Mohammad Nabi won the toss and elected to field first against India as the two teams play for pride in their last Super Four Asia Cup contest on Thursday.

The Afghans suffered a heartbreaking loss to Pakistan on Wednesday as they lost by one wicket to crash out of the tournament along with heavyweights India.

Pakistan will take on Sri Lanka in Sunday’s final of the event, which serves as a tune-up to the T20 World Cup in October-November in Australia.

Afghanistan are unchanged, with Nabi saying they struggled to sleep between the back-to-back games.

“We left the game immediately and went to the hotel last night. Took a few sleeping pills, it was a tough night,” said Nabi.

“We have played well in the tournament. We could have won the last two games. We will try our best to play some good cricket.”

KL Rahul will stand in as captain with regular skipper Rohit Sharma rested.

Dinesh Karthik, Axar Patel and Deepak Chahar, who was included in the team in place of fast bowler Avesh Khan, are the three changes to the XI.

“We wanted to bat first. We want to challenge ourselves as a batting unit,” said Rahul. “Rohit wants to take a break, playing back-to-back is not easy in these conditions…

“Even coming into this tournament, we had the T20 World Cup in mind. It’s a good learning for us to play such a tournament before the World Cup.”