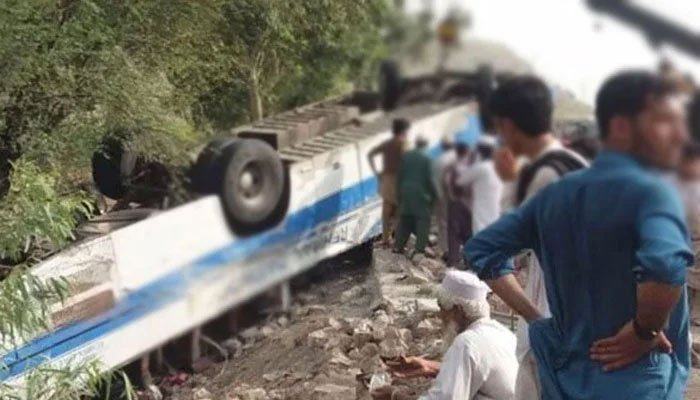 19 killed as bus plunges into ravine in Balochistan’s Shirani

QUETTA: At least 19 passengers were killed and 12 others injured when a Quetta-bound bus fell into a ravine in Shirani district of Balochistan, revealed the assistant commissioner of the district Sunday morning.

According to the rescue officials, the ill-fated passenger bus was heading to Quetta from Rawalpindi when it plunged into a deep ravine near Danasar area of Shirani district.

The reason behind the incident has yet to be ascertained. The deceased have also yet to be identified.