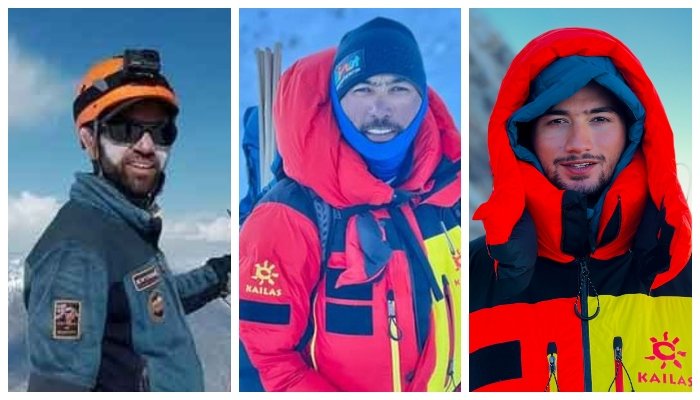 KARACHI: Sky-touching peaks and snow-covered mountains of Pakistan have attracted more than 1,400 climbers and trekkers from around the world this year.

According to Karrar Haider, secretary of the Alpine Club of Pakistan, this is the highest number of mountaineers in Pakistan in recent times.

The authorities in Gilgit-Baltistan have issued 700 climbing permits for the season targeting more than 20 peaks including – but not limited to – K2, The Broad Peak, Nanga Parbat, Gasherbrum 1, Gasherbrum 2 and Trango Towers.

Apart from Pakistan, mountaineers from Saudi Arabia, Japan, Russia, Norway, Italy, Saudi Arabia, Bangladesh, Iran and USA are already in the country to push for their summits.

Many of them reached base camp earlier and are now planning to move towards camp 1 of their respective mountains.

Among the Pakistani mountaineers, young Shehroze Kashif, who is aiming to be the youngest mountaineer to summit all 14 8-thousanders, has reached Nanga Parbat.

According to Shahroze’s team, the Lahore-based mountaineer arrived at base camp on Wednesday evening. But the weather forecast there is not encouraging. After four days, there’s likely weather trouble which can halt his progress for a week.

Two female mountaineers from Pakistan Naila Kiani and Samina Baig are off to K2. Wajid Nagri, Sajid Sadpara and Abdul Joshi are also attempting K2 while Sirbaz Khan is going to Gasherbrum 1.

Meanwhile, female mountaineers from Iran, Bangladesh and Saudi Arabia are also aiming to summit K2. Iran’s Afsaneh Hesamifard – who had previously climbed Everest and Manaslu – is now aiming to be the first Iranian woman to be on top of K2. Wasfia Nazreen of Bangladesh also wants to be the first in her country to scale K2. The same is the target for Saudi Arabia’s Nelly Attar.

Meanwhile, Stefi Troguet of Andorra is hoping to summit K2 and Broad Peak without supplementary oxygen.

British climber Adriana Brownlee and Norwegian Kristin Harila are on Nanga Parbat’s base camp and are waiting for a window to move ahead.

Famous Nepali mountaineer Mingma G is also in Pakistan and planning to lead summits on Nanga Parbat and K2.

Kazakhstan-born veteran Russian mountaineer Denis Urubko, who has already summited all 14 8-thousanders, is also in Pakistan with permits to climb K2, Broad Peak, Gasherbrum 1 and Gasherbrum 2. The first on his itinerary is the Broad Peak.