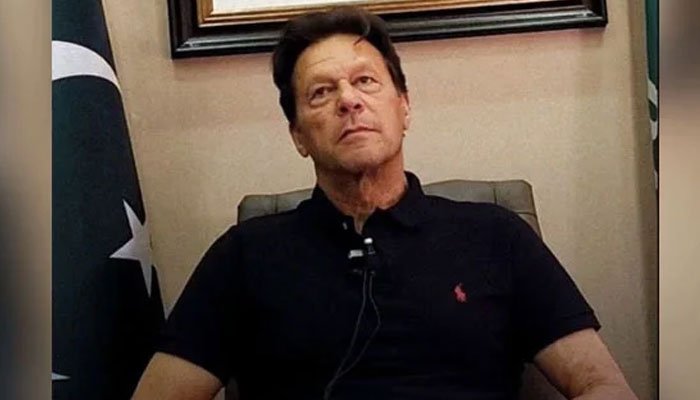 What message did Imran Khan give to his team ahead of by-polls in Punjab?

LAHORE: A day before the crucial by-elections on the 20 Punjab Assembly seats, PTI Chairman Imran Khan shared an inspirational quote from the 26th president of the US, Theodore Roosevelt, with his team.

Sharing the quote on his Twitter handle, Imran Khan said this is a message to my team when they contest the Punjab by-elections on Sunday against PML-N, the state machinery, the biased election commission beside “Mr X and Mr Y”.

The quote read: “It is not the critic who counts; not the man who points out how the strong man stumbles, or where the doer of deeds could have done them better.

“The credit belongs to the man who is actually in the arena, whose face is marred by dust and sweat and blood; who strives valiantly; who errs, who comes short again and again; because there is no effort without error and shortcoming; but who does actually strive to do the deeds.

“Who knows great enthusiasm, the great devotions; who spends himself in a worthy cause; who at the best knows, in the end, the triumph of high achievement, and who at the worst, if he fails, at least fails while daring greatly, so that his place shall never be with those cold and timid souls who neither know victory nor defeat.”

It should be noted that leaders of the PML-N and the PTI are making final efforts to woo the electorate as less than 24 hours are left for the crucial by-polls in 20 Punjab Assembly constituencies.

The ECP had de-seated 25 dissident members of the PTI who voted for Chief Minister Hamza Shahbaz against their party lines when electing Punjab’s chief minister.