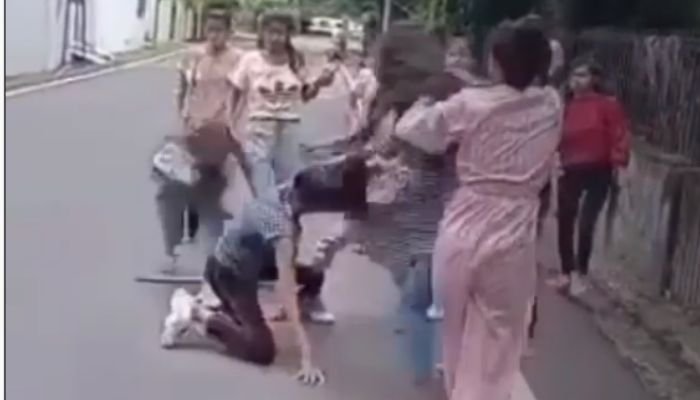 A video, reportedly from Haldwani, India, went viral where young girls were seen fighting violently over their lover boy, the Hindustan Times reported.

The fight seemed to have been happening between two groups of girls. As seen in the viral video, one of the girls had a wooden baton in her hand which she used to physically assault another girl.

Another girl was seen fiercely pulling the hair of a girl and pushing her away.

Despite the violence, netizens seemed to be “enjoying” the video as indicated in the comments section, with some social media users wondering who the girls were fighting for.

“I really want to see this guy’s face,” said a user.

A user pointed out how the video was not “fun” because there was no sound in it.

The incident was caught on camera. However, no official complaint was registered regarding the matter.