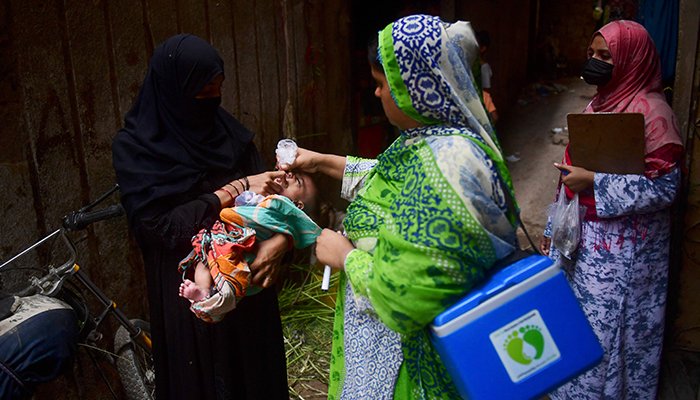 Three killed, one injured in attack on polio team in North Waziristan

PESHAWAR: Three people, including two policemen, were killed and one person was left injured on Tuesday in an attack on a polio team in North Waziristan, police officials confirmed.

In the surrounding area of Tang Kalli tehsil Dattakhel, unidentified assailants opened fire and killed two policemen and one polio worker, while one civilian was injured.

The police and security forces cordoned off the area and started an investigation to arrest the culprits.

The country-wide toll from polio for 2022 rose to 11 after the new case.