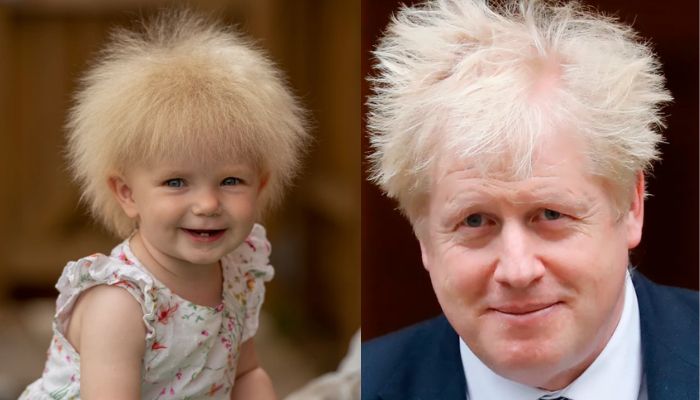 This baby with rare hair condition looks like Boris Johnson

A baby in the UK has a rare hair condition that makes her look like Boris Johnson, reported The Sun.

Baby Layla, who is only 18 months old has fluffy blonde locks with a condition called Uncombable Hair Syndrome. Experts believe only 100 people on the planet have it.

The condition causes hair to be so frizzy and dry that it cannot be tamed and combed flat.

Layla’s mum, Charlotte Davis told The Sun that her hair were uncontrollable which is why the family would sometimes call her Boris.

The condition is also known as spun glass hair. While scientists still have not figured out the reason behind it, they say it improves by the time child reaches adolsescenes.

The syndrome is caused by gene mutation.

Charlotte also added that the family had been to market or shops where “people would stop and say, gosh she looks like Boris Johnson.”

“Albert Einstein” too, she said.

The condition was first identified in 1973.