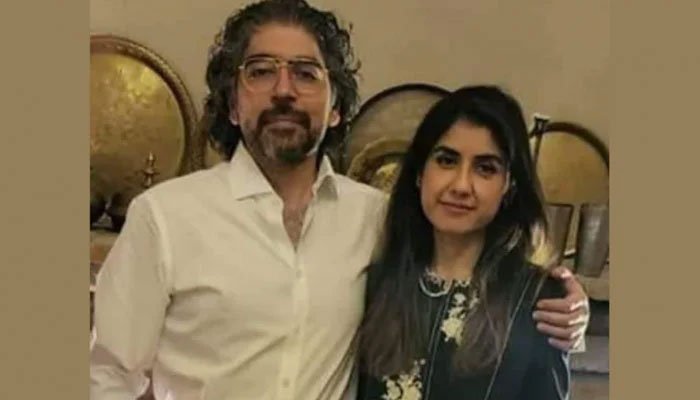 The three-month turbulent marriage between Sarah Inam and Shahnawaz Amir


ISLAMABAD: Days after the gruesome murder of Sarah Inam, initial police investigations have revealed the details of the turbulent three-month marriage with her husband Shahnawaz Amir and how the suspect trapped the victim, in connivance with his friends, to extort money from her and kill her.

Sarah, 37, was a Canadian national and a successful economist who worked with Deloitte and USAID at different points throughout her career. She was married to Shahnawaz for just three months before being murdered.

Sources privy to the investigation of the case shared with Geo.tv the details of the short but turbulent marriage of the couple and said that the accused Shahnawaz and Sarah’s nikkah was solemnised at the Madni Masjid in the Rehmannia neighbourhood of Chakwal this year on July 18. The arrangements for the nikkah were made by suspect Shahnawaz’s friend Mutabir Shah, who was also a witness to the wedding.

After marriage, Sarah went back to Dubai on July 21 and returned to Pakistan on the 26th of the same month.

Upon her return, Shahnawaz convinced the victim to invest in a property. In connection to the investment, Sarah, the accused, and a property dealer went to Murree.

Shahnawaz had asked Sarah to purchase an apartment in Murree and during the visit to the city, she paid Usman, the property dealer, Rs50,000 as token money.

Sources said that the same day on Shahnawaz’s request, Usman along with other people came to the accused’s farmhouse that night and demanded more money for the apartment.

Sarah reached out to the accused’s father senior journalist Ayaz Amir on phone the next morning out of fear and informed him about the incident. She also left for Dubai two days later.

In August, the victim returned to Pakistan and this time, the accused Shahnawaz insisted that Sarah purchased a car.

However, sources shared that the purchase was not completed as Sarah informed Tarar that she could only pay in dirhams and had no Pakistani rupees.

Tarar refused to hand over the car and demanded payment in Pakistani currency. He also took the car after he did not receive the payment in the local currency.

To buy the car, Sarah handed over 70,000 dirhams to Shahnawaz and left for Dubai. Sources shared that Shahnawaz gave the dirhams to his uncle Alamgir and took Pakistani currency in return.

The accused then paid Rs2.8 million for the car to Tarar and kept the leftover money with him.

Police investigations have revealed that the accused used to ask for money from Sarah to donate to different charities, mosques, madrassahs and the poor. The probe also revealed that instead of donating the money, Shahnawaz would spend them on his luxuries.

Sources also shared that during this time, when Sarah informed her parents about the marriage, they initially expressed their disappointment but later accepted it after talking to Shahnawaz’s family.

The investigations also show that Shahnawaz had a bitter conversation with Sarah’s mother over the phone. It also showed that the victim’s mother complained to Sarah about her husband’s rude behaviour.

As per the mobile data, Sarah discussed the matter with Shahnawaz who in return abused her and the conversations remained like this for a few days.

The data also shows that Shahnawaz used to verbally abuse Sarah every day while he was intoxicated, used to talk about immoral things and threatened to leave her.

The forensics show that the accused would delete the messages he used to send to the deceased. It also shows that Sarah tried to resolve matters with her husband.

On September 22, Sarah reached Pakistan and came home from the airport herself. After arriving, she met Shahnawaz’s mother and informed her about the incident.

Sources shared that the night before the murder, Sarah tried to resolve her marital issues during her meeting with Shahnawaz. However, the next morning, Shahnawaz — in a fit of rage — killed his wife at a farmhouse in Islamabad’s Chak Shahzad area.

The accused was detained soon after the crime was committed.

Sources told Geo.tv that the police have included witnesses of the marriage between the couple Mutabir Shah, Sajjad, and Babar in the investigation.

Maulvi Ghulam Murtaza, who solemnised the marriage between Shahnawaz and Sarah, has also been included in the investigation. They added that after Sarah’s murder, Shahnawaz’s family tried getting the marriage registered to an older date.

On the other hand, police have also included property dealer Usman, car dealer Haroon Tarrar, and Shahnawaz’s uncle Alamgir Shah in the investigations.

After the incident on September 23, Shahnawaz was detained by the police from a farmhouse in Islamabad’s Chak Shahzad area for being a suspect in his wife’s murder and later confessed to killing her, saying he “thought” his spouse was having an affair. The couple was married for just three months.

The next day, a trial court approved the arrest warrants of Ayaz Amir and his former wife Sameena Shah, as the two were nominated as suspects by Sarah’s family. Amir was arrested while his former wife later acquired pre-arrest bail.

In the police report registered following the murder, an additional clause of Section 109 (punishment for abetment) of the Pakistan Penal Code was added at the request of Sarah’s uncles — Colonel (retd) Ikram and Zia-ur-Rahim — who have blamed Ayaz Amir and his former wife for their niece’s murder.

The petitioners maintained that Sameena was living at the farmhouse where Sarah was murdered.

However, during a hearing on September 27, an Islamabad court discharged Ayaz Amir from the case citing “no evidence” against him in Sarah’s murder.