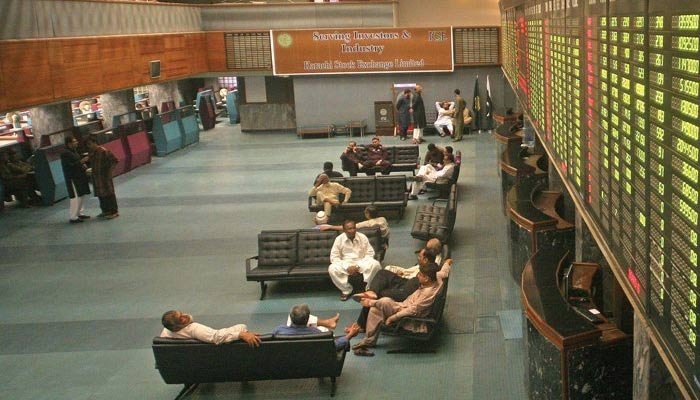 
KARACHI: The Pakistan Stock Exchange (PSX) ended the trading session in the green on Thursday, with the benchmark KSE-100 index crawling up nearly 60 points.

The index oscillated between red and green zones as certain sectors experienced selling pressure. Investors were concerned over rising political and economic uncertainty, which prevented the market from advancing further.

Amid choppy trading, investors were comforted by a host of negative news, which included the rupee’s devaluation against the US dollar, a widening deficit, etc.

Arif Habib Limited in its post-market commentary stated that another slow session was witnessed at PSX today as the rupee continued its devaluation against the US dollar.

“The market continued to trade sideways after opening in the positive zone although economic and political unrest kept the investors on the sideline,” the brokerage house noted.

Volumes remained dry across the main board; however, value buying was recorded in the last trading hour.

Shares of 320 companies were traded during the session. At the close of trading, 145 scrips closed in the green, 151 in the red, and 24 remained unchanged.

Overall trading volumes soared to 108.70 million shares compared with Wednesday’s tally of 92.93 million. The value of shares traded during the day was Rs4.39 billion.