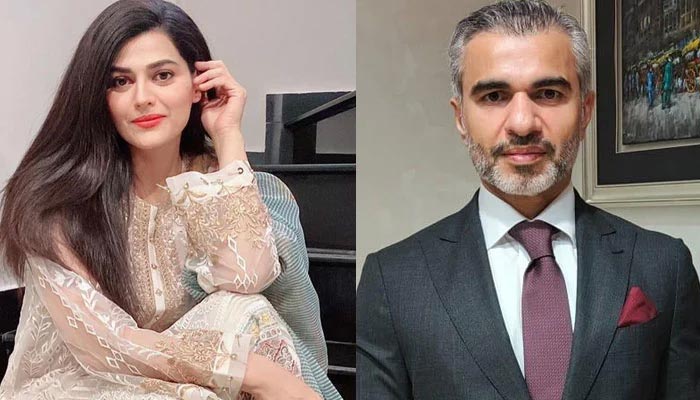 
LONDON/LAHORE: A court in Lahore has refused to ban media appearances of businessman and Liberia’s Ambassador-at-Large Umar Farooq Zahoor on an application filed by his former wife and actor Sophia Mirza.

The former model had moved the Lahore High Court (LHC) for asking the Pakistan Media Regulatory Authority (PEMRA) to issue directions to TV channels to place a ban on Zahoor.

The couple divorced over 14 years ago and since then they have been engaged in a legal war for the custody of their 14-year-old twins — Zainab Umar and Zuneirah Umar — who live with their father in Dubai.

Mirza approached the court after Zahoor, Zainab, and Zuneirah made a number of appearances on Pakistani media to refute allegations of kidnapping and suppression made by her.

The twins have said they have been “living happily with their father in Dubai and do not wish to live with their mother.”

Zahoor has told the media in the last few months how Mirza — also known as Khushbakhat Mirza — used the Federal Investigation Agency (FIA) — working under Imran Khan’s aide on accountability Shahzad Akbar “to target him on false grounds.”

Mirza’s lawyer Adnan Faiz Kalar told the court in her application that “PEMRA has been airing false news” and shall be stopped from doing so. He asked the court that “major news channels are airing malicious content about Mirza and same shall be stopped and a notice should be issued to PEMRA”.

Justice Shahid Jamil told Mirza and her lawyer that they need to quote the exact provision of the law under which the violation took place and what was false in the news.

The lawyer told the judge that Mirza had approached the FIA under PECA but the FIA didn’t entertain the application. At this point, Mirza intervened and told the court that it was a matter of custody of the daughters.

The judge admonished the model that either she should speak herself or let her counsel represent her case before the court.

The lawyer asked the court again that a notice should be issued again and that the YouTube links have been provided in the petition.

The judge remarked: “You have to tell me what is the law and which provision of law has been violated. Establish your case first. We cannot issue directions in every case.”

The lawyer sought more time, but Justice Khan expressed his displeasure on wasting the court’s time and asked him to come prepared on the next date of hearing.

The order by the judge stated that the counsel seeks time to further prepare the brief.

Meanwhile, Assistant Attorney-General Syed Sajjad Haider Rizvi apprised the court that under PEMRA Council of Complaints Rules 2010, a complaint can be filed before PEMRA.

Upon the inquiry of the judge, Mirza failed to show any such complaint filed before PEMRA.

Mirza had written in her petition that her former husband is a “fugitive of law” and should not appear in the media but the assistant attorney general apprised the court that Zahoor has not even been impleaded as a party in the case.

Mirza’s lawyer also failed to satisfy the court on the point that even if it is to be believed that Farooq is a fugitive of the law, under what law PEMRA can be asked to stop airing his interview.

The judge asked Mirza’s lawyers to come fully prepared for the next hearing.

Mirza has made allegations against her ex-husband of fraud and corruption but the businessman has not been charged or convicted of any wrongdoing in any jurisdiction of the world.