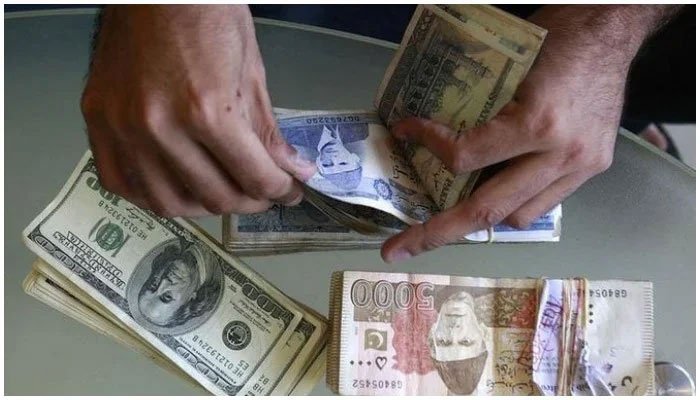 KARACHI: As uncertainty over the revival of an International Monetary Fund programme is vanishing and the country inches closer to reach a staff-level agreement with the fund, the Pakistani rupee is expected to strengthen further in the next week, said traders.

Market players are also eyeing an increase in inflows from remittances ahead of Eid-ul-Azha festival, the traders added.

“We expect the rupee to gain slightly against the dollar next week amid improved sentiment as clarity is coming on the IMF programme,” a commercial bank trader said.

“An expected increase in dollar inflows in the shape of workers’ remittances may also support the domestic currency,” he added.

The rupee gained 3.09 levels or 1.5% against the dollar in the interbank market during outgoing week. It had closed at 207.94 to the dollar on Monday and ended at 204.85 on Friday.

Traders will also be monitoring the State Bank of Pakistan’s (SBP) monetary policy review on July 7 for any clue about direction of the rupee in days ahead.

Suspension of the IMF bailout programme, fast depletion in country’s foreign exchange reserves caused by higher import bill, and the dollar’s strength against major currencies pushed the rupee down by a sharp 30% in recently-concluded fiscal year 2021/22. The domestic currency closed at 205 on June 30, 2022, while it had ended at 158 to the dollar on last day of FY2021.

The Chinese inflows made a positive impact on the foreign exchange market and helped the rupee gain ground against the greenback. SBP reserves increased by $2.071 billion to $10.309 billion in the week ending June 24 after it received $2.3 billion or RMB 15 billion in loan proceeds from China Development Bank.

The real effective exchange rate (REER) fell 2.4% to 93.57 in May. The depreciation in REER is an important determinant to support export volumes and help improve competitiveness.

The current account gap rose to $1.4 billion in May from $618 million a month ago. The deficit widened to $15.2 billion in 11 months of this fiscal year from $1.2 billion a year earlier.

The Ministry of Finance has received the working framework from the IMF.