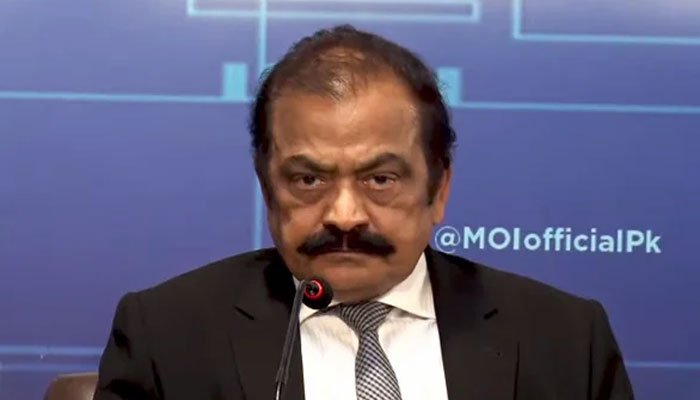 In a statement, the interior minister said that he has received reports that over 500 miscreants of the party have been brought to Punjab to sabotage the elections process.

The plea seeking permission for appointing polling agents hailing from outside the concerned constituency was part of the conspiracy, Sanaulllah added.

“Imran Khan has lost elections and preparing to fight with the masses,” he said and warned Imran Khan and the PTI’s tiger force to keep themselves within the ambit of the law.

“The law will take its due course if anyone tries to sabotage the writ of the state by indulging in unlawful activities,” he warned.

Lashing out at the PTI, the interior minister said that the party has made a plan of clashes among Pakhtoon and Punjabi brothers. He accused PTI’s Pervez Khattak, Asad Qaiser, Ali Muhammad Khan and Murad Saeed of sheltering the “miscreants”.

Imran Khan would be responsible for the consequences if PTI’s tigers attempted to disrupt the elections, he said, adding that they would not allow them to steal the mandate of the people in the 20 constituencies.

He vowed to ensure fair and peaceful by-elections in the province tomorrow.

It is pertinent to mention here that Election Commission of Pakistan has set up special control rooms at central and provincial levels to monitor the by-elections, being held in 20 constituencies of Punjab Assembly tomorrow.

According to the ECP, the control rooms will continue working till the compilation of polling results, Radio Pakistan reported.

Returning Officers, relevant Deputy Commissioners, representatives of police, Rangers and the Pakistan Army will be present in the control rooms to deal with any emergency.