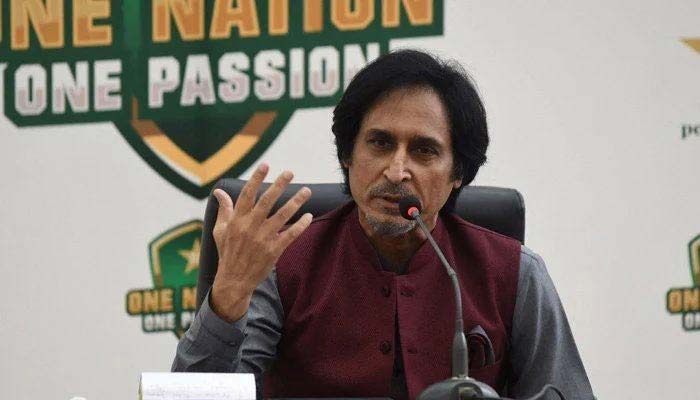 Ramiz Raja to embark on ‘important’ trip to England tomorrow

LAHORE: Pakistan Cricket Board (PCB) Chairman Ramiz Raja will embark on an important trip to England on Friday to attend two important meetings.

According to the details, the PCB chief will attend meetings of the International Cricket Council (ICC) and Marylebone Cricket Club (MCC).

MCC’s members will meet on July 15 and 16 to discuss cricket matters and the future.
Board of Control for Cricket in India (BCCI)’s president Sourav Ganguly and former New Zealand Test cricketer and current head coach of England team Brendon McCullum will also attend the meeting.

Raja is also expected to meet Ganguly, McCullum and other former counterparts on the sidelines of the MCC meeting.

Also, the PCB chief will meet the chairman of other cricket boards to discuss several matters. England and New Zealand’s upcoming tour of Pakistan this year will also be discussed on the sidelines of the meeting.